By: Emma Wilson and Ezra Vanegas

Grandview’s highschool administration is trying to provide students a safe place to talk called Advisory. In the future, Advisory will allow incoming classmen to talk and build relationships between peers.

The idea of Advisory for Cherry Creek is to enhance the climate, culture, health and wellness of our school environment. It is a program meant to encourage students and advisors in school to discuss in-school problems, real-world problems, and personal problems, all while doing so in a safe environment.

According to Activities Director Alison Beaird, every two years, the school district mandates that every school do a culture and climate survey.

Not only in our school, but nationwide, administrators saw that there was a common theme: kids didn’t have a trusted adult or connection with them.

In response to this, Grandview administrators collectively decided to try Advisory to build stronger relationships among our school.

How will it work?

Once the first period finishes, they will go to their Advisory class for 40 minutes, and then continue on with their day. Fret not for your education, because they have also built in the 40 minutes, so you are not missing any of your learning.

During Advisory’s class time, there are many possibilities as to what an Advisory session could look like. It is meant to look different every time such as class-led discussions, setting goals and achievements, or even just a homeroom for 40 minutes.

According to assistant principal Jamee Ulitzky, the program Sources of Strength will be incorporated into Advisory.

For those of you who are unfamiliar with Sources of Strength, it is a youth suicide prevention project where students will promote hope, help, and strength for students here at Grandview.

There are going to be about 20 to 25 students in one advisory class. Along with the students, there will be an advisor or teacher but here’s the twist: the advisor, classroom, and students will all be randomly selected to form one class by your assigned counselor.  Other staff members like secretaries may also be advisors.

The hope is that all the incoming freshman will have one advisor and one group that they stick with that set of people for all four years.

Another question students might be wondering is whether this will be exactly like Freshman Seminar, and the answer is unclear as of now.

“We’re trying to figure out how we’re gonna marry freshman seminar to advisory, so we don’t have both,” Beaird said.

There are elements that will seem like Freshman Seminar such as your attendance. Students will have a chance to earn .25 of an elective credit at the end of every school year, so potentially, incoming freshman could receive an entire elective credit by the time they graduate. Students earn this credit through simply showing up to the class, so it is like Freshman Seminar in having a satisfactory versus unsatisfactory grade. There are other similarities to Freshman Seminar as well: it is meant to be a safe place where students interact with one another and an adult in the building.

The students' reactions were skeptical. Most believe Advisory is going to be “another Freshman Seminar,” or in other words, that it will be a waste of their time.

Anahi Cabral, a sophomore, said that she thinks Advisory won’t be effective because students have gone to middle school and one year of high school with these people and have established who “[they] get along with and don’t.”

“It felt like they were doing it because they found out our generation’s depressed,” said freshman Danielle Kim.  “They're like, ‘now we should do something about it.’”

The overall consensus from the six underclassmen interviewed was that Advisory is not going to be effective. The students did acknowledge that it could be effective, but in the end, they think it won’t make a change in Grandview.

The hope for Advisory is obvious--change. People want change, and Advisory is hopefully going to bring that.

Of course, the school wants to see change no matter how big or small; there is always room for improvement. However, change cannot happen without the help of the people. In Advisory, the goal is to define and strengthen student and authority figures relationship, while also promoting better social skills. 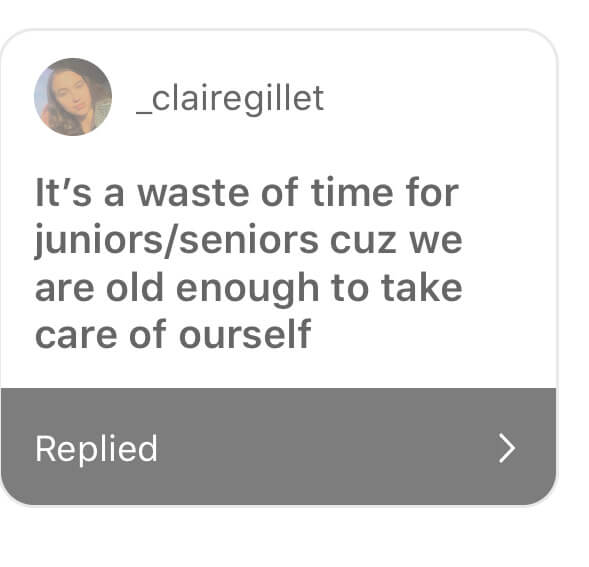 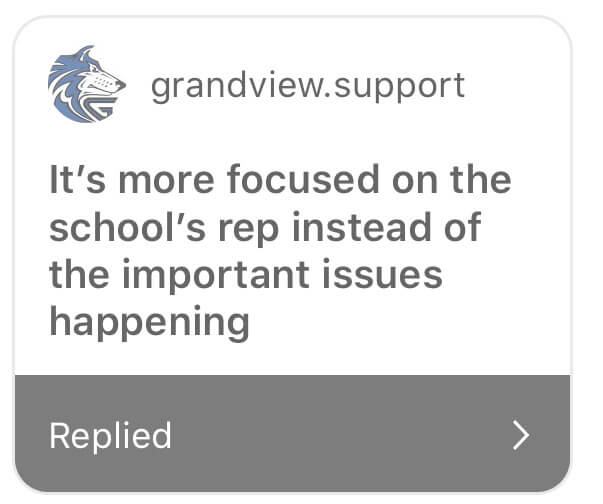 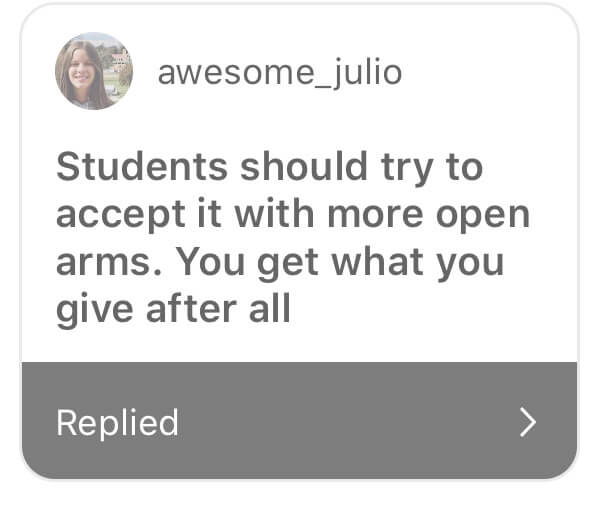 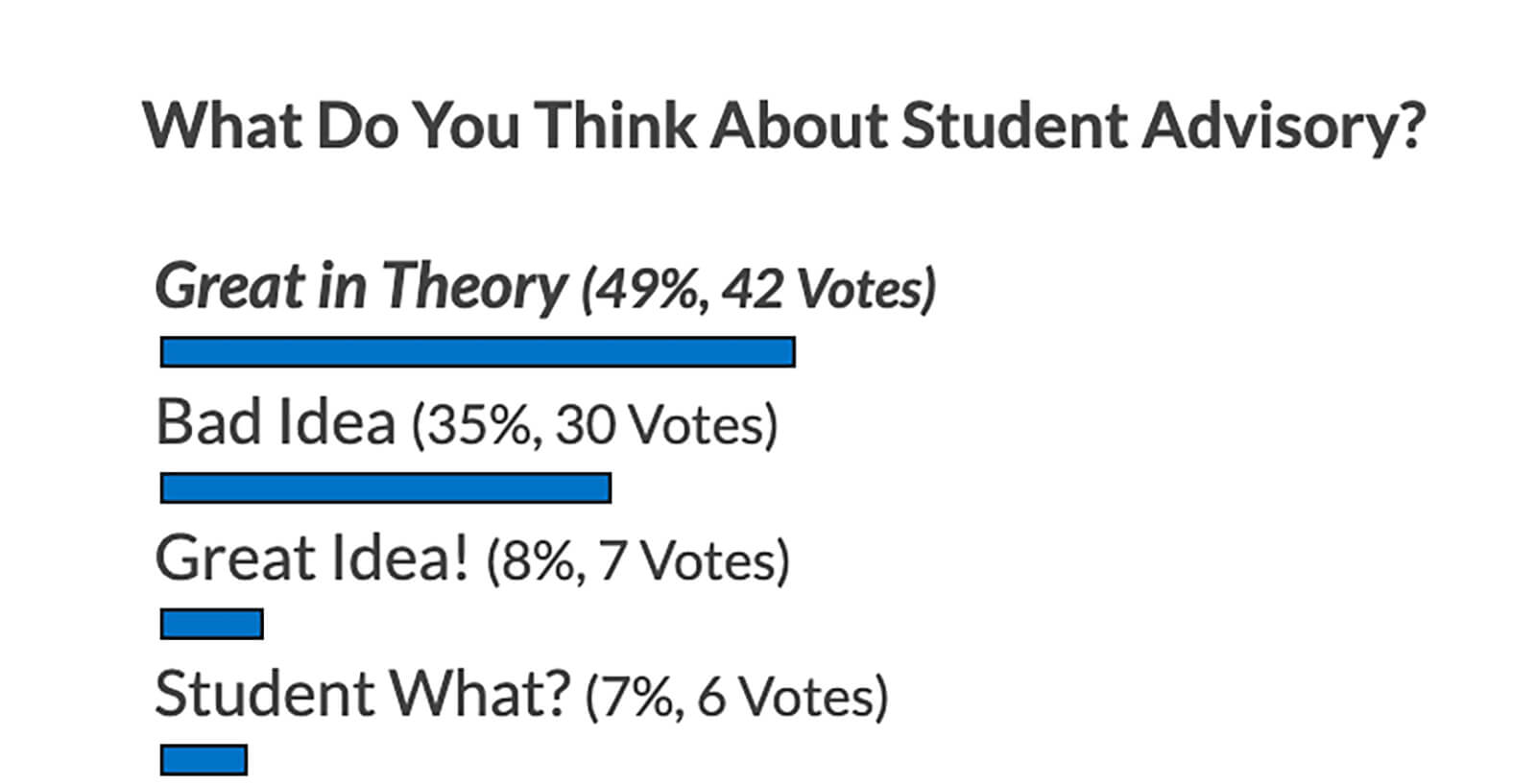 Advisory, Caught in the Quagmire