Home›Featured›Serve Those That Serve You

It’s November 11. Some students look at this date like any other day of the year. They stir at the sound of their blaring alarm, hazily open their eyes to snooze the alarm, then accidentally get up 20 minutes before they’re supposed to leave the house. Then, they rush to their car and zoom to school or work. Afterward, they go from after-school clubs to sports or theater or choir practice, go home to do homework, and then to bed.

Like in Sixteen Candles when Sam’s own family forgot her 16th birthday, students’ days are so consumed by activities and stress that they completely forget to acknowledge one of the most important days of the year: Veterans Day.

It is especially necessary to celebrate veterans because they are all around the Grandview community, whether you’re aware of it or not.

“For me, not only am I a veteran, but I’m also an immigrant. So, I'm originally from Jamaica. I came here when I was very young and I became a US citizen, and for me, I love this country... my brother was a West Point grad, and I have cousins that also served in the military,” said Smith.

Though Smith was not born in America, she is and always has been committed to sacrificing herself for this country.

“I just look at Veterans Day as a day to honor so many people for making the sacrifice for this country that we all love. And even if you’re not from this country, I believe that everyone can still equally love this country,” Smith said.

Just like most veterans, Smith will always remember her time serving. But contrary to popular belief, she actually cherished a lot of the moments in the military. She even got to witness history that we now read about in our textbooks. 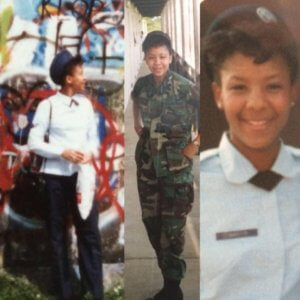 “The biggest [memory] that stands out to me is when I was in Germany and I was actually at the Berlin Wall when the Berlin Wall came down, so that was pretty cool. For all the people that dont remember, there was an East Germany and West Germany, so I saw the Communist Side, and I also got to see when the wall actually came down, so that for me is probably my most memorable time in the military,” said Smith.

Smith encourages people to sign up for the military, because you never know what you may get out of it.

“I think it's a great opportunity for people that either want to serve their country, or young people that don’t really know what they want to do with their lives. For me, it gave me the opportunity to travel, meet new friends...I have friends that I’ve met in the military that to this day I’m very good friends with that I would have never met if I didn't join the military,” Smith said.

Most people automatically think that you have to pick up a gun and have thirty pounds of muscle when you join the military, but this is far from true. In fact, there is pretty much something for anyone in the military.

Depending on the job, it may not even feel like being in the military in the conventional sense.

“I was an Initial Intelligence Officer, so [for] my job, I was overseas in England, Europe for a few years, and when I came back to the states, I was working at the National Security Agency so I was working with mostly civilians,” Smith said. “So I had, I guess you would call, a typical day job with the civilians, but when I was overseas, the only difference that I knew that I was in the military was when I put on a uniform.”

Smith wants to truly emphasize that serving should never be looked at as something anything less than exceptional. 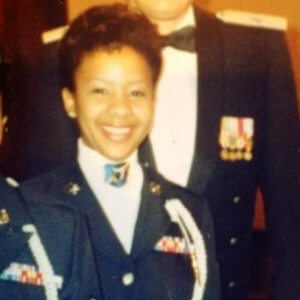 “There are so many different avenues to serve in the military, and it should never be looked upon as something negative. For me, it was nothing but positive. Like I said, I was in it a very long time ago, but...my fondest memories were when I was in the military.”

The military can actually lead soldiers to feel that they are living a sheltered, or protected life, as ironic as that sounds.

“I went in the military as a kid, but when I came out, I was a quote un quote “adult” so the whole time I was in, I felt like I was taken care of, so it was the biggest transition, because it was now ‘I am officially on my own, taking care of myself’,” Smith said.

But though Smith felt lost at first after serving, she eventually found her way. She met her husband, had three kids, recently started working for a company “Arbonne”, and went from working at Grandview as a para to substitute teaching. 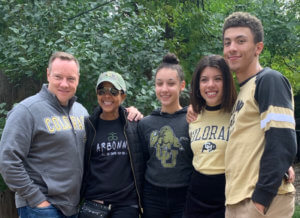 “I got into the school just to have an opportunity to still be around my kids but also to help other kids that need to have a positive influence in their life, because a lot of kids at school just need different perspectives, or different people around them,” said Smith.

Grandview holds an annual breakfast for veterans on November 11th to show our gratitude for those that have served for our country. This will be Smith’s third year attending.

“I think Grandview does a great job with recognizing veterans and I just appreciate that they take the effort to do that every year...because it gives you an opportunity, when you attend, you see people that served recently to people that served--I think the last time that I was there, there was a guy that served during World War II, which is amazing because not many of them are still alive. So I think it’s great that they do that,” said Smith.

In contrast to Grandview’s appreciation, Smith feels that soldiers weren’t always thanked for their service.

“I am glad I served when I did and I did not serve during the Vietnam Era, just because I feel like people didn't give them the respect that they deserved,” said Smith.

But while Smith is upset about the public opinion on the soldiers decades ago, she is very impressed by how they are viewed in today’s society.

“For this generation or for anyone that goes in now, I feel like people really honor and respect veterans, even when you go out nowadays, you see someone in a military uniform, and people really have respect for them, even just on flying an airplane, they allow them to get on board first. Things like that that they never did years ago, so I think it's a good thing, it's just positive right now,” said Smith.

Just saying a few single words to a soldier can have a huge impact on them, and Smith stresses the importance of respecting all soldiers and veterans.

“I’ve heard that there's a saying that only 7% of people actually in their lifetime will put on a military uniform to serve or to protect 100% of Americans, so I think just a simple thank you is the best way to honor people,” Smith said. 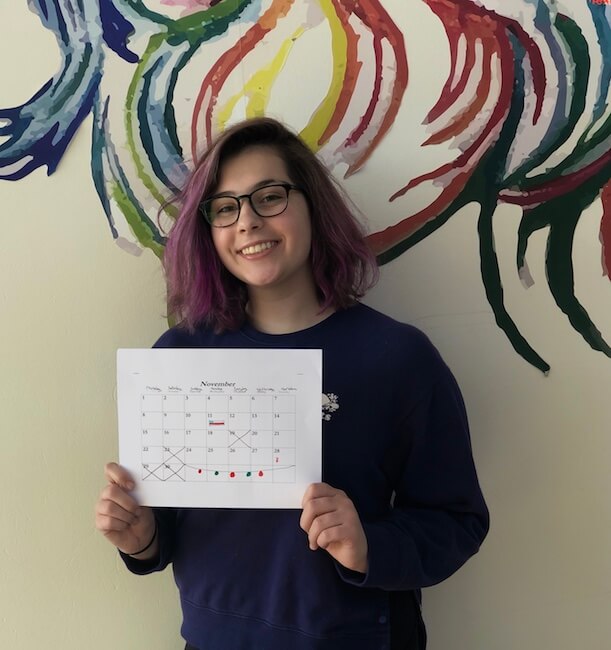