Home›Featured›I’ve Got Two Phones: One For Cheating And One For Tweeting

A majority of Grandview students have nothing but negative things to say when it comes to the phone policy at Grandview. What most students don’t realize, however, is that the problems that come with it aren’t just black and white.

Story and Photos by: Haleigh Moller

Grandview students were faced with a new addition to their classrooms when they came back to school this year-- phone hotels. The resource rooms have had these hotels for as long as students can remember; however, they weren’t present in most classrooms until the beginning of this year. Grandview's new phone hotels have raised questions regarding Grandview’s cell phone policy, as well as the purpose and effectiveness of the phone sleeves.

According to the 2017- 2018 student/parent handbook, “a student found using his or her cell phone in the classroom for any reason without the explicit consent of his/her teacher is subject to a referral”. In fact, the consequence for just one offense could result in after school detention or two hours of detention served during lunch and/or off periods. The consequences are based off what is best for both the teacher and students, and seem irrational to most students.

Some students believe that taking away phones is pointless because not every student will turn in their phone. It’s also more of a distraction when someone’s phone starts going off in the phone hotel versus when it’s in their backpack because the former causes every student to stop what they’re doing and see if it’s their phone.

“At a certain point, the more time you spend on your phone during lectures or discussions, the less you are learning. And likewise, it’s also what you present to your teacher."

Some people also think that requiring students to turn in their phones only sets them up to fail in college and the real world, and I would agree. In college, professors will not collect phones nor would they require phones to be off the student’s desk. Similarly, in the work environment, a boss isn’t going to ask an employee to turn in or get off their phone. When teachers force students to turn in their phones it prevents them from learning the appropriate times to be on their phone. If students only know to put away their phone when they’re asked, they’ll probably never know how to make that decision on their own in college or at a job.

Instead of a teacher forcing students to turn in their phones, students should be given the option to either turn them into the hotel or keep them away in their backpack during tests.

It’s important that students understand the reasoning for the phone policy from the staff’s perspective in order for there to be less problems concerning the phone policy.

“The reason we put this policy in place was to better support the teachers; because our policies haven’t met with the ongoing issues the teachers were seeing in a classroom, and teachers were getting frustrated with kids pulling them out and feeling like they didn’t have any recourse,” 10th and 12th grade dean Nat Ridder claims.

When a student is on their cell phone in class, it’s not only frustrating for the people sitting around them but also for the teacher. The teacher then has to take time out of their teaching to reinforce their rules regarding cell phone policy. It’s inevitable that the eyes of surrounding students will go directly to the phone the student is using, which takes away from learning in the classroom.

“At a certain point, the more time you spend on your phone during lectures or discussions, the less you are learning. And likewise, it’s also what you present to your teacher,” Ridder said. 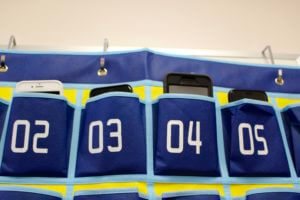 Depending on the teacher, the cell phone policy varies. When one person uses their phone during a lecture or test, it automatically makes other students compelled to cheat too. Consequently, the Grandview phone policy has had to change in order to further support teachers.

“It’s all up to teachers whether or not they want to use those cell phone hotels but we will support the teachers as far as if a student doesn’t put their phone in the hotel or, a common one, is that a kid has two phones,” said Ridder.

With all the new technology, it’s almost impossible to fully prevent cheating from happening and the Grandview staff understands that.

“If students want to cheat, they’re going to,” Ridder said.

However, it still doesn’t make cheating acceptable, and as a result Grandview has had to stricken their phone policy over the past two years in order to enforce this concept.

It’s easy to see why ongoing cell phone usage is frustrating for teachers and staff. Students most of the time fail to see this from the teacher’s perspective, which is unfortunate because that leaves students not understanding the point behind this policy. While it can be confusing to know and understand each teacher’s phone rules,  in order for the phone policy to be effective, students need to respect each individual teacher’s cell phone policy.  Policies need to be made clear by every teacher in the beginning of the year so that students are fully aware of the expectations for that specific class. 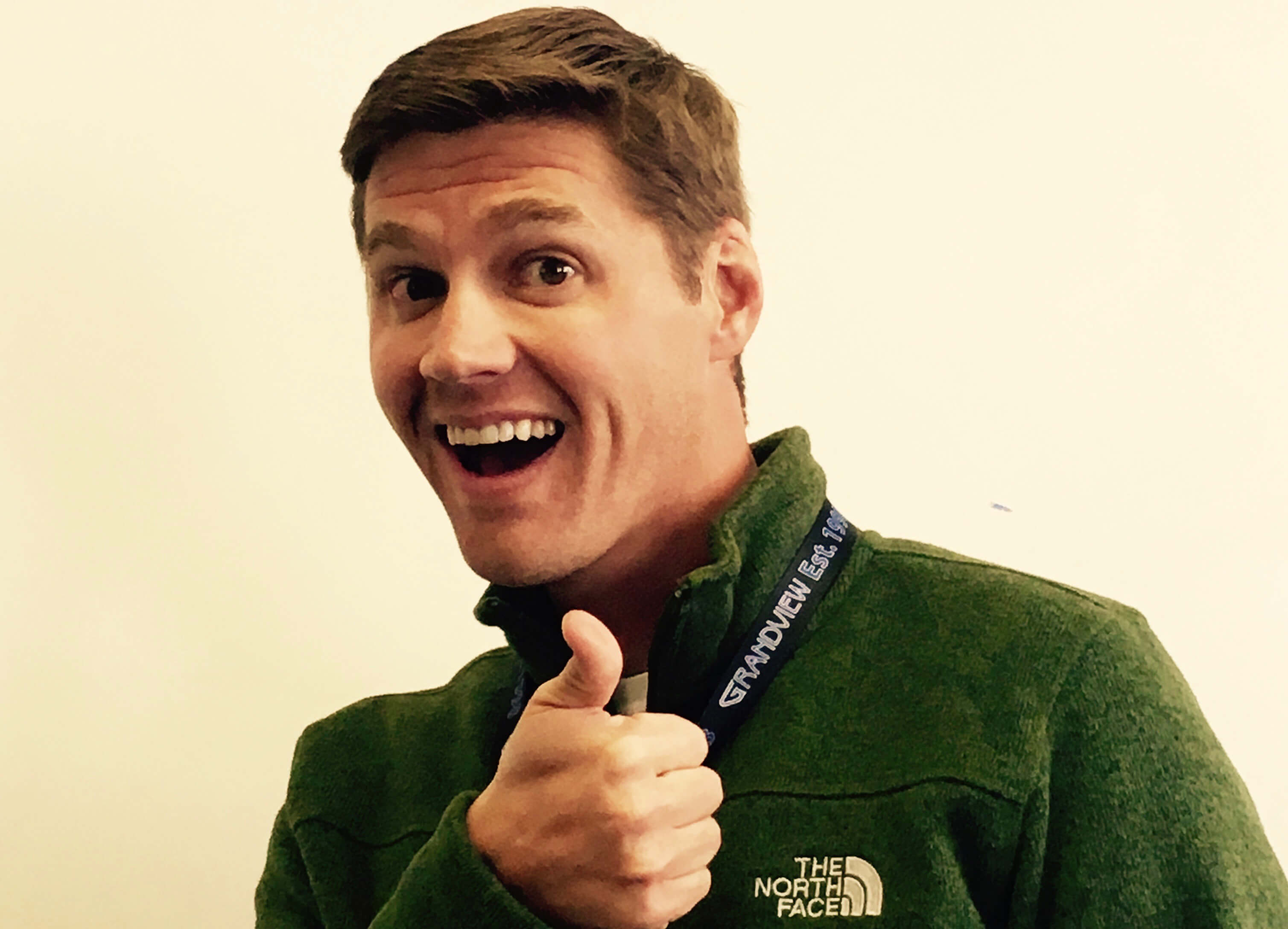 From Baseball to Dead People 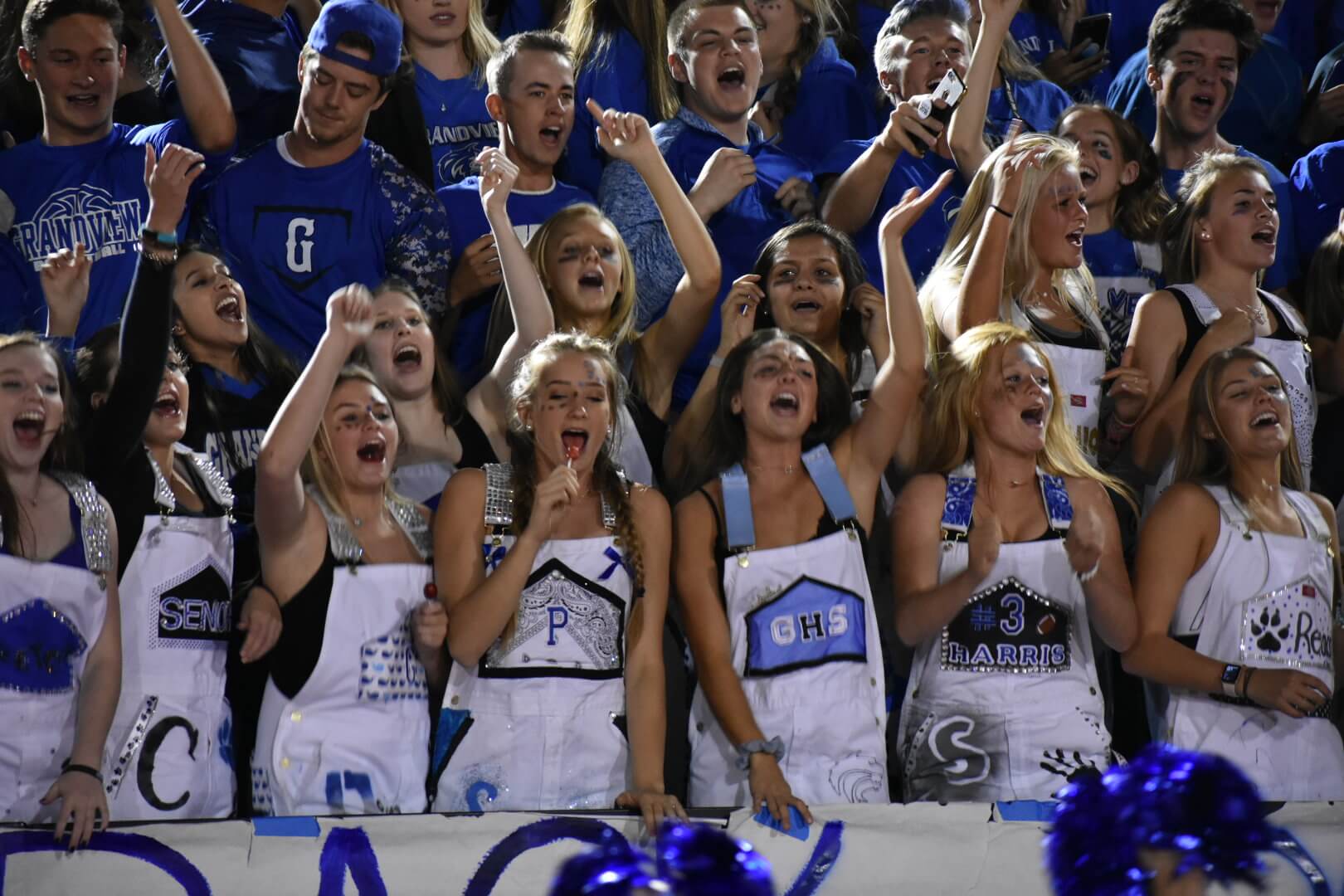