The last time Grandview faced Regis was in the 2018 5A Girls Basketball Championship game. Grandview won 67-61.

“We [the team] were super excited. We were ready to play and ready to win,” said sophomore Addison O’Grady.

Grandview scored the first two points, followed closely by Regis tying up the score. Both teams continued to battle for points, slowly Regis gained a five point advantage by the end of the first quarter (13-18).

“We were feeling okay, we were pretty close to them,” said O’Grady.

Regis would continued to outscore Grandview in the second quarter.

“Second quarter was rough,” O’Grady said. “We lost our cool. We aren’t used to being down.”

By the end of the second quarter, Grandview was behind 19-41.

With Regis and Grandview’s history, the tension in the gym was felt among both players and fans. Both teams are regarded as the strongest in Colorado.

The pressure began pushing down against the players, fueled by the history between the teams, and Regis players were heard taunting Grandview players.

“During the game, they were saying how we play dirty and that we don’t deserve to win,” said freshman Lauren Betts.

There was a definite emotional response after halftime.

“It wasn’t just the pressure of the game,” Coach Will Baird said. “Next week, these girls are going to Phoenix, so they’ve all had to take their finals a week earlier.”

Grandview was able to close the gap, however at the end of the third quarter, Regis still led 56-35.

“We normally don’t lose our composure, but all of our emotions were so high,” said junior Kameryn Brown.

There were hundreds of people in the crowd. Leading up to the game, the girls had not lost a single game in the 2018-2019 season.

“There was nothing to lose at that point, we just had to give it our all,” said senior Captain Alisha Davis.

As time slipped away in the fourth quarter, Grandview’s first loss loomed over their heads. It was clear the team was obviously disappointed and angry. As it became closer to the end of the game, Regis became more brazen with their taunts. Eventually, the senior team captain snapped.

Davis was ejected after throwing a punch at Regis sophomore, Gracie Weigand.

“It was completely out of character,” said O’Grady.

Davis had played on varsity for Grandview since freshman year. She had never before gotten in a fight with another player.

Center Lauren Betts was beside Davis during the incident, she had a clear view of what was going on.

“People will automatically assume that Alisha was the one that turned crazy,” said Betts. “But, if you look back at the video (time stamped at 58:25 in the link below,) you can tell the other player was getting in her face.”

The incident occurred after a foul had been called on Davis. Wiegand was seen approaching Davis. The two exchanged words before Davis threw the punch.

Without a doubt, everyone was shocked.

“We just had a bad moment,” Baird said.

“I would tell the community, especially on social media, to remember that you have kids that you’re talking about. You might have a strong opinion, but that’s someone’s sister, that’s someone’s daughter, and these kids are good kids,” said Will Baird

The incident was not the end of the game. With the remaining three minutes, Grandview’s team scored 10 more points. Though it was not enough.

The next game the Grandview Girls Varsity team will play in Colorado is against Arapahoe High School on January 3.

“We have a lot of work to do, but we’ll get there [to state championships],” said Brown.

The team will learn from the game to grow stronger than before.

“We just played an off game, we will learn from it and we will get better,” said Betts.

Video of the game:
https://youtu.be/PHXE1xu2JZE 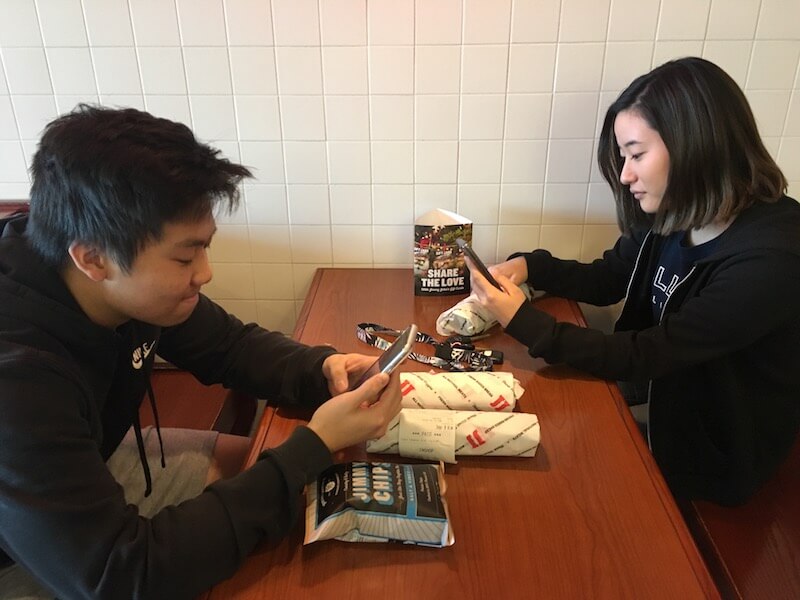 Humanity Can’t be Felt Through a Screen 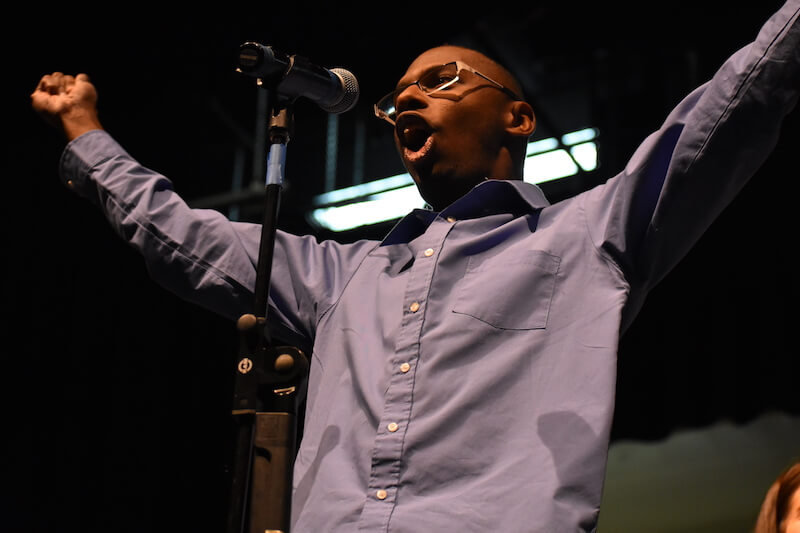 Unified: It’s Who We Are