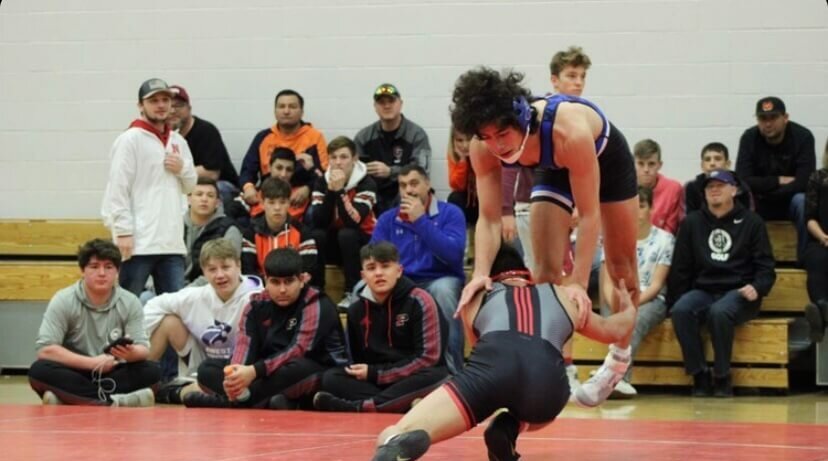 How long have you been wrestling, and what got you into it?

Do you plan on continuing to wrestle in college? If so, where?

I do, and I’m not quite sure yet I was thinking of a couple different schools, some D1 and D2.

Do you have any ‘pre-game’ rituals or traditions before a match?

Just listen to some bangers.

What is your favorite part of being a wrestler?

That it’s also an individual sport as much as a team sport.

What is the most stereotypical thing you do as a wrestler?

If you could be someone famous for a day, who would you be?

Post Malone because everyone likes his music and I think it would be pretty cool to have 100s of thousands of people just come to watch me perform.

If you had to eat one food for the rest of your life, what would you eat?

Cinnamon Toast Crunch because it slaps.

If you could live anywhere in the world, where would you live?

Probably California because of the beaches.

What is one conspiracy theory that you actually believe in?

The moon landing because theres no stars in any photos and the flag like flutters and they said there were footprints but there were none from the ship they went in.