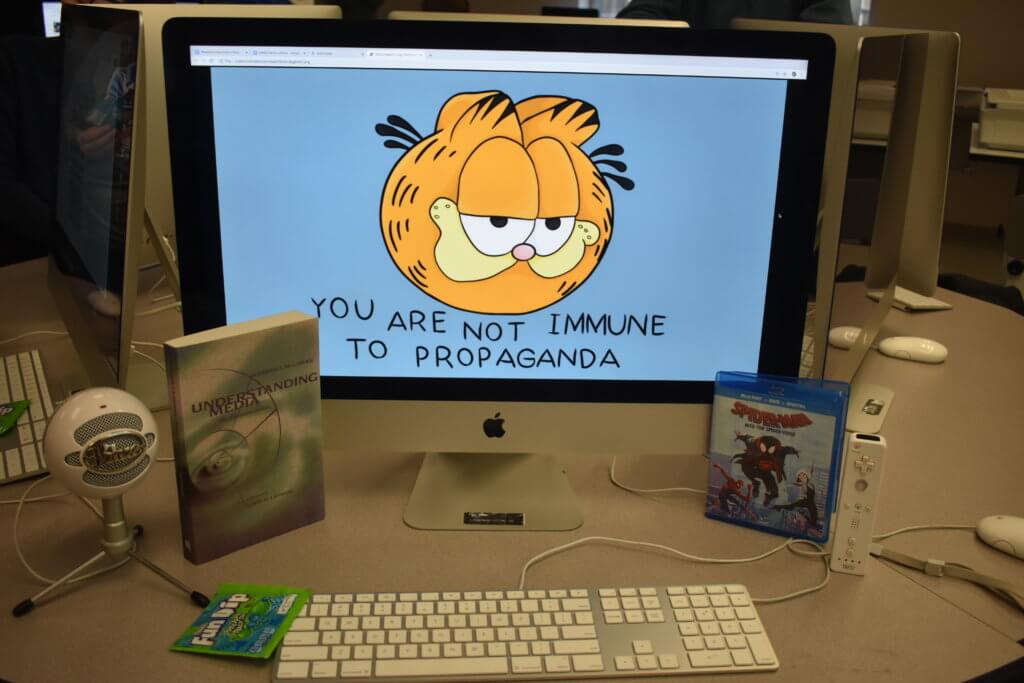 It has universally agreed upon that the English branch of the public education system is in desperate need of reform. Interest in reading is stagnating, prompting droves of students to Sparknote books so overwhelmingly that some teachers even explicitly recommend the practice as a semi-viable strategy for passing tests. Furthermore, it seems, many students fail to even see the value in the literary analysis to begin with, questioning what makes such an esoteric skill vital enough to have an entire core class dedicated to it.

Many critics believe the problem to be that the skills taught by English class are simply worthless, of no value to contemporary society and so of no interest to contemporary students. I, however, believe this to be a misunderstanding; the analytical skills English attempts to hone are important outside of the classroom, it’s just that teaching those skills via books is an utterly outdated approach that does nothing but mask the reasons why analysis matters to begin with.
ENGLISH, IN THEORY
Before we can understand the issues with teaching students analysis via centuries-old literature, however, we first need to explain why the English curriculum holds these skills in such high regard in the first place. This is best revealed by examining the book-based classwork teachers give and the skills they are designed to sharpen, namely, literary analysis, rhetorical analysis, and Socratic seminar. Respectively, these serve to teach students to understand what a book’s argument is, how a book manipulates emotions to make that argument, and how that argument relates to the real world.

In short, then, it appears that the primary purpose of the class is to teach media literacy, that is, the skill of interpreting and critically evaluating the messages conveyed by a work of art.

Now, ignoring for the moment what methods are actually used to impart this skill set, it is admirable for English to attempt to teach it in the first place, because media literacy itself is vital to informed life in a media-centric world.

As citizens of the Information Age, we are constantly surrounded by media, and by extension, the manipulative messaging most of it carries. Be it through Mr. Clean trying to sell us Proctor and Gamble cleaning products or Captain America working to reinforce our patriotism and unconditional love of freedom, nearly everything we consume is trying to manipulate our worldviews somehow, often to disturbingly great success. This is, of course, how propaganda works; almost all of our mass media is manipulation of this kind, using the very same thematic and rhetorical strategies one is taught to understand in English class to subconsciously shape our understandings of the world. And without media literacy, none of us would ever know it.

So given this, it might seem to make perfect sense that English would teach students to analyze and critically examine these types of messages in media. If one is taught to understand how, say, To Kill a Mockingbird makes its arguments about the nature of innocence, then piercing through the manipulative jingoism implicit in Call of Duty’s gameplay or the right-libertarian rhetoric of a Marvel movie should become child’s play, no?

However, English’s entire method of teaching collapses when faced with this lone question: why books?
LITERATURE: THE GOLDEN CALF
Important as it may have once been, literature has been losing relevance to daily life for decades. With the advent of increasingly accessible mediums of communication (radio, film, television, and eventually the Internet), the willingness of the average citizen to dedicate the relatively high amount of time and effort that reading demands has all but vanished. Be that for good or ill, the fact of the matter is that books are not exactly of great influence on the contemporary student’s worldview. So again, why not study more modern and relevant art forms that actually influence the lives of students beyond the classroom?

It’s certainly not for a lack of intelligent and complex classics to study in such mediums. In film, of course, there are dozens of well-respected works such as Citizen Kane and Gone With the Wind. And even certain more popular and beloved movies, for instance the George Lucas-directed entries of the Star Wars franchise, feature immensely complex webs of philosophy and intertextual cinematic language worthy of any analyst’s attention.

Elsewhere, in the unfairly-dismissed realm of video games, there exist fascinating storytelling experiments which use the uniquely interactive nature of gaming as a means of impactfully making their points, such as The Beginner’s Guide, Undertale, and Shadow of the Colossus.

And even on websites as soulless and devoid of creativity as YouTube, one can occasionally stumble upon a brilliant work of art deserving of study. See, for instance, Jesse Wood’s Horseshoe Finale, a grand thesis on the nature of artistry disguised as a parody of My Little Pony videos, or Jonni Phillip’s Wasteland, an incredibly inventive commentary on everything from mental illness to the metaphysical nature of reality itself, nonetheless dressed up in the aesthetics of typical YouTube animation and comedy.

These examples and others like them would certainly be far more entertaining and useful as subjects of study for the average student today than yet another unreadable Dickens novel.

Now obviously, none of this is to argue that books are entirely worthless as subjects of study. Books do still play at least something of a notable role in our culture at large, see things like the popularity of The Hunger Games and the YA dystopia trend it inspired foreshadowing the anti-capitalist sentiments that now predominate the millennial generation, and so still worthy of some degree of analysis.

And equally, the works of Shakespeare and others like him are still legitimately great enough as emotional experiences for those interested in them to justify their being presented to students at least in some small way, albeit probably in dedicated, non-mandatory literature classes.

But regardless, the idea that books deserve to be the sole focus of the curriculum is absurd.

Many students neither care enough to read books in full, nor receive enough influence from them as a medium to justify the of totalizing focus placed on them by the school system. Classes on media literacy in general are a necessary evolution of English, and the best way of both reinvigorating interest in analysis of art and providing skills that are actually applicable to the lives of students in the real world.