The Grandview Chronicle • May 13, 2019 • https://ghschronicle.com/5857/opinions/climate-change-or-climate-collapse/ 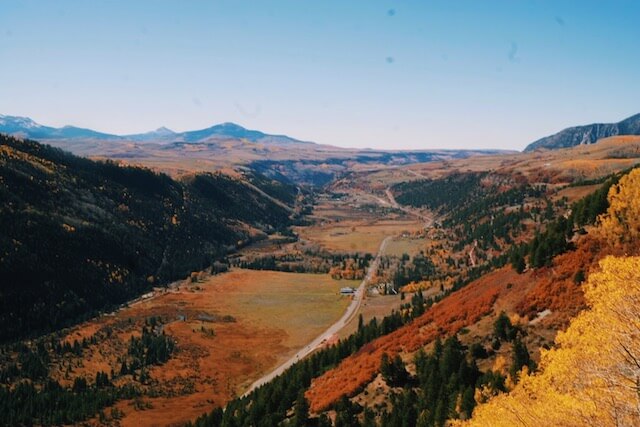 Every year on Earth Day I see my social media overrun with photos of kids sorority squatting on tropical beaches, caption extolling the poster’s love for the earth (and the #303!). While it’s great to appreciate the natural beauty of the world around us, these vacant posts draw attention from the sobering reality we must face: our planet is dying.

In order to continue appreciating the world around us, it is crucial we take action to preserve our environment and ecosystems. Many Americans simply continue to ignore the looming point of no return, despite numerous studies from well-accredited scientists. Although we can choose to turn a blind eye, our indifference won’t alter the reality of what is happening around us.

Climate change opponents claim that it can’t be a real problem in areas that still have a cold climate; while this is an absurd misconception, it is one peddled by those in positions of power, even the president.

Donald Trump claimed that, “The concept of global warming was created by and for the Chinese in order to make U.S. manufacturing non-competitive.” Although the blatant scientific evidence of our rising sea levels indicates very differently, Americans obediently swallow these boldfaced inaccuracies. As a nation, we can blindly swallow the words of spineless politicians who are wrapped around the finger of big business, but reality will persevere until we are incapable of ignoring it.

While it is important to assume some responsibility as citizens to help to reduce the use of single-use plastics and straws, or by converting to greener forms of transport and energy, the true culprits are corporations, oil and gas industries push against climate policy reform in order to continue lining their pockets by bribing our politicians into parroting their words. If we let this corruption continue, businesses will continue to profit as our environment is obliterated. We need to wake up. And soon.

Since 1906, the average surface temperature of the earth has increased by 1.06 degrees Fahrenheit. That may not sound like much but it’s caused us to lose 120 of the 150 glaciers on planet earth. Scientists are anticipating 10-30 inches of a rise in sea levels, ravaging animals’ habitats with violent flooding, wildfires, and otherwise unlivable climates.

Nevertheless, Trump chose to withdraw from the Paris Agreement, one of the very few large scale international, movements to combat the global warming crisis. Our planet is dying. Our plants are dying. And WE are dying. How much longer will we stand by and watch as greedy corporations and politicians chip away at our future?

The majority of the baby boomer generation, those with the power to change what is happening in the palm of their hand, don’t care about us, or our future. They’ll be long dead. So it’s up to us. Some scientists predict that the point of no return is in the next 5, 10, or 15 years. No matter the estimate, the prognosis is bleak. We are running out of time.

Take a stand, because you’re not only watching corporations burn fossil fuels; you’re watching your future burn with them.

Looking to take action? Here are some ways you can help fight for the planet:

Call your local politician and encourage them to take a stance against climate change.

Call Congress and ask them to take action on climate change

Support politicians already proposing ways to aid our planet (such as Alexandria Occasio-Cortez’s Green New Deal) by voting
Buy less fast food and drink when you can avoid it; this will save you money, and prevent colossal amounts of packaging being dumped into landfills and the oceans.
When purchasing food is necessary, ask for minimal packaging, and don’t take plastic bags you don’t need.
Recycle properly! Many of us arbitrarily toss garbage into the recycling bin, but there are many materials that can’t be recycled, and recycling improperly slows the system and not only makes recycling ineffective, but actually induces a negative impact. Some examples of things that can’t be recycled are straws, plastic bottle caps, styrofoam, and plastic coated papers. For a more comprehensive list, see here: https://www.epa.gov/recycle/how-do-i-recycle-common-recyclables

The clock is ticking, and we have waited too long to act. Already, we’ve entered an era not of climate change, but of looming climate collapse.