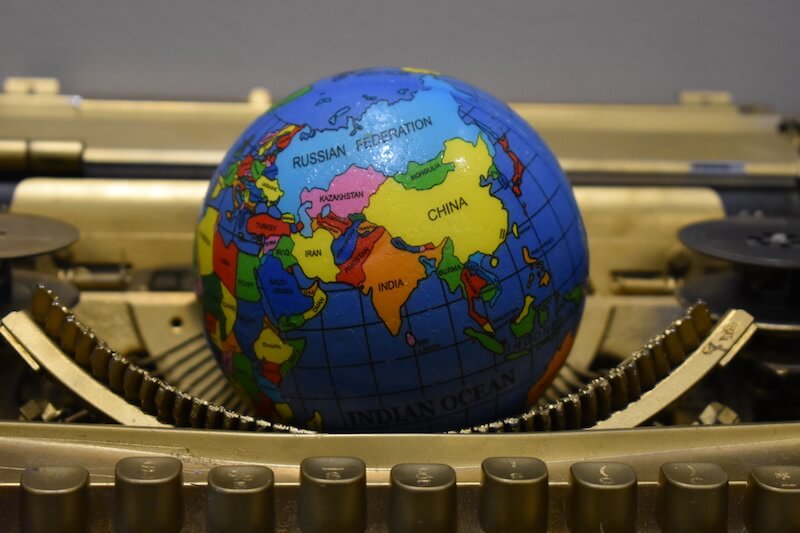 Imagine starting Harry Potter, but on the fourth book. Imagine watching Star Wars without “A long time ago in a galaxy far, far away.”

And imagine starting history–9000 years in.

In June, College Board released a statement that announced the A.P. world course will be cut in half, and will only assess content from after 1200 CE. Eliminating more than 9,000 years of history. Including:

The Neolithic/Agricultural Revolution
The creation of the first civilizations ie River Valley Civilizations like Egypt, Mesopotamia, etc
The migrations of humans across the earth; the development of world religions; the development of classical empires like Rome, Greece, China, etc
The beginnings of interactions and trade; major trade routes emerging like the Indian Ocean and Silk Roads
Post-Classical Empires like the Islamic Caliphates and Medieval Europe
The ENTIRE history of pre-colonial Americas and Africa
The ENTIRE time period from prehistory to 1200.

Without periods 1-3, a true historical foundation can’t be built. 1200 CE marks the downfall and the end of the Abbasid empire, Song and Tang China, and other expansive empires from the postclassical era; however, 1200 CE marks the beginning of Europe’s reign.

For many students of color at Grandview, AP World history was the first time they could learn about their own history and ancestors in the school curriculum. They could learn about their society before the consequences of Europeans. A.P. World history offered an overview that taught Africa before slavery, the Americas before Columbus, Asia before imperialism, and the Middle East long before terrorism.

“Whether you’re white, black, Asian, Hispanic, this is our world and we should all have knowledge about how we got to this point and what cultures are around us, and true and honest information about those cultures and true and honest information about world history,” said A.P. World History teacher Ashley North-Skelton. “This course did a great job bringing it into a full view.”

Covering content from 10,000 BCE to the present, AP World is the only class at Grandview which examines the breadth of history. Students and teachers learn not by memorizing names and dates, but by recognizing important patterns.

With Grandview’s growing diversity, the A.P. World course was substantial for understanding not only the world around us, but understanding our peers. In a country still not healed from slavery and segregation; in a country where families are being torn apart by deportation; where hate crimes have been on the rise; where white supremacists have been emboldened, and where anti-immigrant rhetoric has been intensified, our country experiences an influx of prejudice, bias and hate, causing people to associate negatively with different cultures.

“If I can help teach the next generation about the larger picture and where these cultures came from and the heart of them rather what is in the media, then I think we could be a little bit better of a world and I feel like I’ve done my job as a citizen and a teacher,” said North-Skelton.

Before taking AP World, many students had never heard of the riches of post-classical West Africa, the influential technologies of the Tang and Song Chinese dynasties, or the scientific advancements of the Islamic Caliphates.

For North-Skelton, teaching A.P. World History has engaged both passions for culture, ideas, and religion, as well as an ongoing discussion within her students.

“I talk to all my kids. I have had some really great conversations especially with my South Asian kids this year. I’ve just learned a whole bunch of information just by talking to them and part of what helped engage that conversation was me teaching about it and then being like tell me more about your perspective growing up in it and I can put those stories into my lectures,” said North-Skeleton

College Board Without a Plan

After receiving negative feedback nationwide about the cut, College Board announced a plan to embed the rest of history–from early humans to the Columbian Exchange– into a Pre-A.P. World History. If there is a high enough demand, A.P. also claims they are committed to make an A.P. World History: Ancient.

Unfortunately, both courses would cost schools between $1,500 and $6,500 to teach. Making it difficult for many schools across the country to afford it.

Even if Grandview can afford the extra A.P.s cost’s, the Pre-A.P. World course likely won’t fit into the social studies track.

“The interesting thing about the Pre-A.P. course is that it is heavily geography based so basically the way they’re building it is that this is a Pre-A.P. World and Pre-A.P. Human course, so for us here, we wouldn’t know where to put that in the curriculum,” said North-Skelton.

The central idea put forth by the College Board — that the content that will be removed from the exam can and should still be taught — represents a failure to understand the reality of the teachers and schools being asked to carry it out, as well a willful refusal to accept that what they test for on the exam dictates what is taught in the classroom.

Not only is this change to the course infuriating for teachers, it’s unnecessarily confusing.

Since announcing the changes and the possible Pre-A.P. course, College Board has given no updates or instructions to schools for the upcoming 2019-2020 year.

With less than a month left before registration, A.P. World teachers are still stuck in a ¨limbo¨ period.

Yet, A.P. teachers are left to mourn the cut of some of their favorite lectures, because this year might be the last time they ever get to teach students the world before Europe.