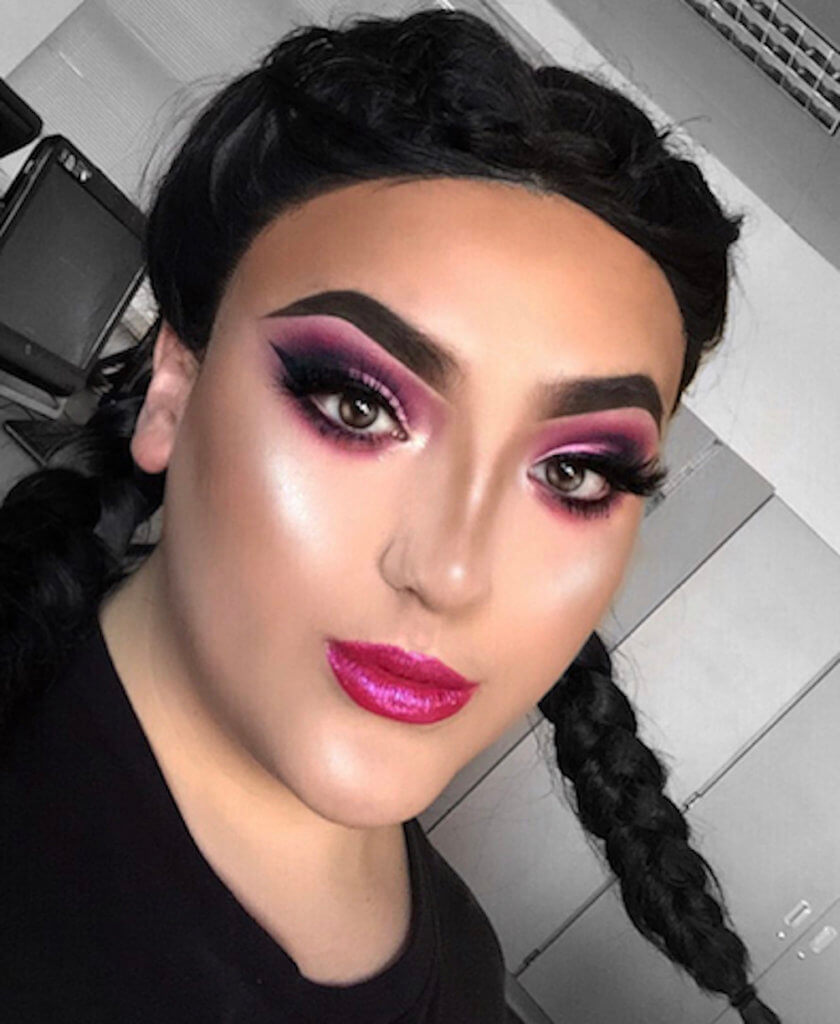 Beauty Gurus. When people think of them, the obvious people come to mind. Nikkie Tutorials, Jeffree Star, James Charles. All famous people who are known for their beauty looks.

Makeup is one of Youtube’s biggest genres and Instagram’s biggest hashtags; they’re something almost everyone has heard about. But, did you know there’s one at Grandview?

The shocking part about this is that he only started doing makeup professionally three years ago.

When he started, he was in elementary school. But only over the past decade has the makeup community, consisting of mostly girls, accepted boys. Back then, and still now, his looks buy him a one-way ticket to being bullied.

“I used to wear makeup in elementary school, and I used to get bullied for that, but throughout middle and high school it’s gotten worse,” said Lavene. “But I’ve been doing it for so long and I’m so used to it that it goes off my shoulders because I’m so strong in my skin that I don’t worry about it.”

His life hasn’t always been pure bullying, he has also had changes within his friends.

“I’ve definitely had friends come and go and people say they like me because I do makeup,” said Lavene.

But where he’s lost friends, he has gained some in the beauty guru community.

“The makeup community is super accepting; the second I went into it, I had a bunch of friends right off the bat,” said Lavene.

The hard work and dedication haven’t just made him new friends, he’s also learned how to manage his time differently because of the long hours it takes to do his makeup looks.

“It takes an average of 4-5 hours when [the style is] creative and I film [a video doing it], but normal looks take 2 ½ hours,” said Lavene.

With these long demanding hours, he has developed skills to do things faster and more efficiently.

Along with that, he has also learned how to be more composed in social situations.

“I’ve thought myself to be more professional in certain situations,” said Lavene.

However, with all the bullying from his peers, and now changes in his life, his family has continued to support him in his journey throughout makeup.

“My relatives are all super supportive,” said Lavene.

Self-confidence is the most important thing he has.

“There’s going to be people who don’t like what you do and people who do; you just need to find the middle ground,” said Lavene. “I love it [makeup], it’s a way to express who I am, and I’m not going to change for anyone who doesn’t like that.”

But when it comes to other people’s confidence in makeup, he also has advice for them.

“If you’re scared to do makeup, then my advice to you is to just go for it, and if you need advice, then I’m glad to give it to you,” said Lavene.

His biggest advice of all is that “you always have to start somewhere.”