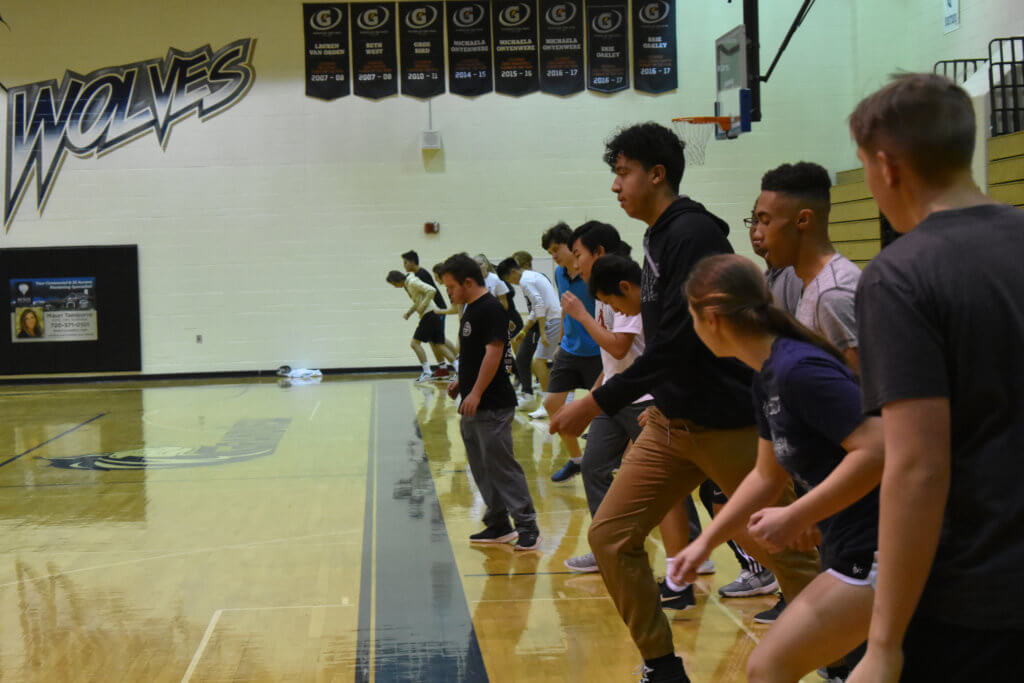 “Do I really have to take a PE class?”

The honors/AP student with the loaded schedule, or the student athlete in two or three sports, or the student who just isn’t particularly adept at activities done in a PE class, may all ask that same question.

The straight answer is yes, you do. 1.5 Physical Education credits are required to graduate at Grandview, and only 0.5 credits can be waived from sports. Everyone has to take at least two PE classes, and three if they don’t get 0.5 credits waived by playing a sport.

This may be very frustrating for students who feel like they don’t have time for classes that they would like to take because of these requirements, or it may just be a hassle for someone who doesn’t like PE, but these classes are necessary and can be fun.
“It gives you a sense of accomplishment and just physical activity at least twice a week.”
Everybody is different, and because of that, every PE class is different. There is a class to accommodate every student’s wants and needs.

Mary Danielson, the Physical Education Coordinator, has been a teacher of Fitness Walking and Health for 18 years at Grandview, and she believes in this philosophy as well.

If you are a student who doesn’t want to take a PE class like Team Sports or Weight Training, you aren’t alone; there are tons of students who would prefer to take Fitness Walking.

However, no one should be afraid to test new waters and take one of the more unique PE classes that Grandview offers.

“My favorite PE class that I’ve taken at Grandview is Adventure Ed. It’s just because everyone was so open, and it felt good just to kind of be yourself,” Valdez said.

Junior Sheila Menendez also took a PE class that is more specialized than the average Weights or Team Sports class.

“My favorite PE class was Dance,” Menendez said. “It gives you a sense of accomplishment and just physical activity at least twice a week.”

Evidently PE classes can be fun and don’t have to be dreaded or avoided until late in your high school career.

Senior Noah Bishop enjoys PE classes so much that he has taken six of them in his time at Grandview while also participating in Wrestling and lettering in Swim and Dive. He sees them as an important part in his athletics, which is why he has continued to take them.

“They’re pretty fun,” Bishop said. “They kept me in shape between seasons, especially.”
Even if you don’t have it in you to find the fun in PE, the physical and even mental benefits may be worth it alone.

Aaron Valdez believes in the mental benefits of physical activity, and he has gained this from the PE classes he’s taken at Grandview.

“If you’re having like a rough day, it’s good to pretty much put all that built up stress and just put it in physical activity, just to get stuff off your mind,” Valdez said.

As a student athlete, PE classes can help give you that extra edge you may need or teach you how to start exercising by yourself to prepare for the next big season.

“I think that [PE classes] would be a good place to start,” Valdez said. “You don’t have to run a marathon or anything like that, you just start small and build your way up.”

Ms. Danielson agrees that PE classes may be a good place to begin building up fitness in preparation for a sport.

“PE gives you a wider range of things to learn and participate in, so that maybe you find that niche that you can go into for a sport,” Danielson said.

No matter a student’s academic strengths or athletic interests, there is a PE class for you to start your fitness journey to be healthy later on in life.

Instead of putting off PE classes until later, this coming year when signing up for classes, go ahead and mark down a PE class that sounds interesting to you. There are plenty of classes to choose from. There really is no excuse to not enjoy the fitness program here at Grandview High School.

Check out this link if you want to see the full range of PE classes available at Grandview! – PE and Health Courses