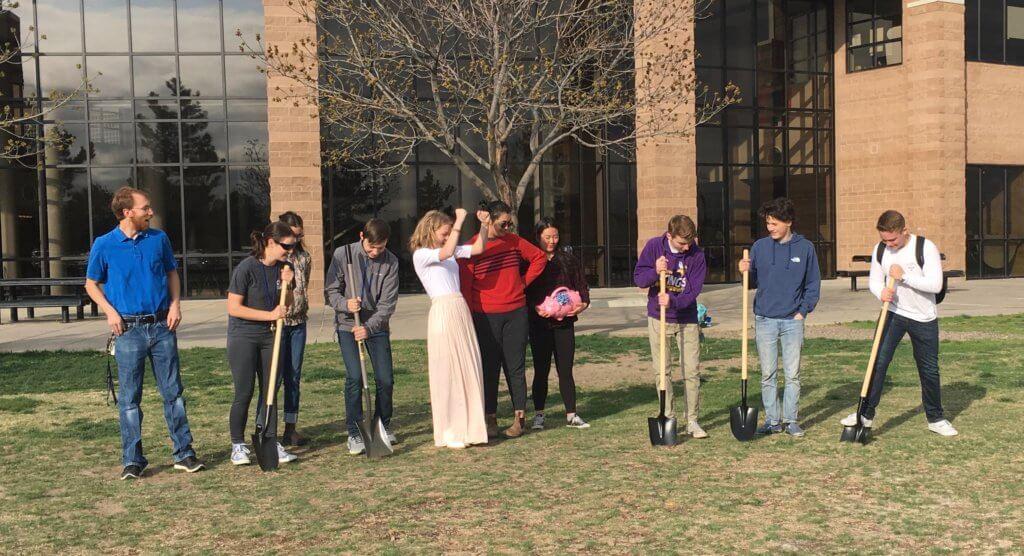 Just in time for the twentieth anniversary of Grandview’s opening, the Horticulture Society was created with the intention of building a garden.

“[Yoo] was referred to me by another teacher because she knew I liked gardening,” said Pembrook.

Amanda Yoo, now club president, originally thought about starting the club after completing a lab in AP Biology with Lisa Rogers last year.
We are hoping that we could show people how easy it is to garden, and hopefully it will build a sense of community within Grandview.
“We had a lab with pansies and at the end everybody threw them away. I didn’t want them to go to waste so I salvaged them from the trash and planted them,” said Yoo. “I thought that we should make a club for this and it would be really fun.”

After getting Pembrook on board, it was just a hop, skip, and a jump away from having official club meetings after spreading the word through friends.

Now, the new school garden is officially underway with a brief groundbreaking ceremony the morning of Tuesday, May 1st.

The garden will be by the entrance to lower commons, outside the cafeteria. It will consist of six planter boxes with pathways running between.

“It’s actually handicap accessible. The outside is wide enough that wheelchairs can turn around and can go through all the paths,” said junior, Anna Wikowsky. “There’s also enough room along the fence line that if somebody wanted to take the time to add planter boxes.” 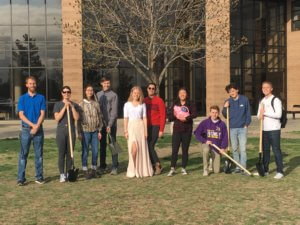 However, the gardening season does not work well with the school year.

“[In the winter], we focus on fundraising and growing indoor plants to sell during the spring,” said Yoo.

To keep the garden going, members will have to meet a couple times in the summer to water and weed.

“I’m trying to work it out with people who need volunteer hours like NHS, boy or girl scouts,” said Pembrook.

The garden will ultimately grow vegetables, herbs, and ornamentals like flowers.

“We are hoping that we could show people how easy it is to garden, and hopefully it will build a sense of community within Grandview,” said sophomore, Jasmine Joga.

The values of community and education were repeatedly expressed by the club members for what they hoped this garden could bring to Grandview.

“The main focus of the club is to learn how to grow plants and give people a green thumb. If we can do that, then the vegetables to me are an extra bonus,” said Pembrook.