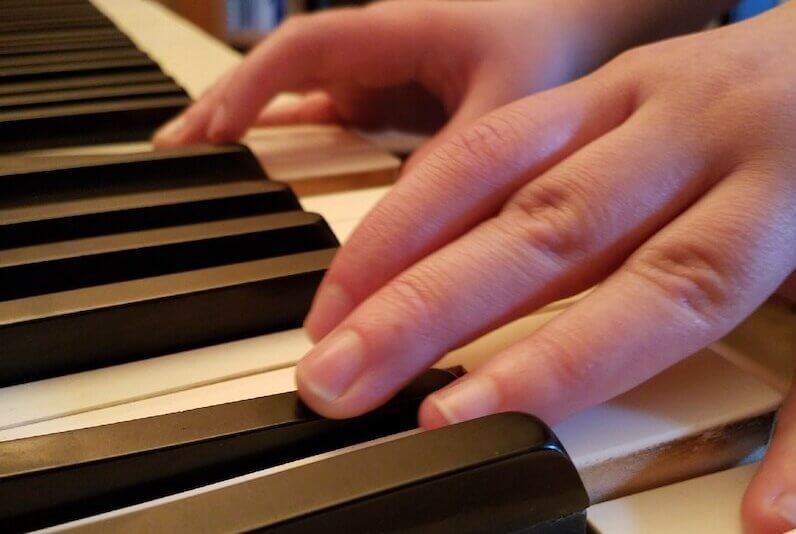 Thirteen Reasons Why, among media uses such as Snapchat Suicides, has helped to build a hierarchy based on how many mental disorders and how tragic one’s life is. That would appear to only reside in fiction, but unfortunately is also a dribbling illness that has leaked into the real world. These portrayals are a common thing; it’s graphic, it’s glorified,

Senior and Bravo Entertainer, Emmaleth Ryan, frustrated by the frequent use of mental illness in popular culture, wrote screenplay, Sleep No More, to contradict the sudden influx of suicide-related media that she felt misrepresented or glorified depression and suicide.

Specifically, the popular Netflix adaptation of the book, Thirteen Reasons Why.

“Thirteen Reasons Why is an irresponsible portrayal of mental illness, depression, and suicide,” said Ryan.

“While the creators probably did not have malicious intentions, I think what they were trying to do was raise awareness,” Ryan said. “However that doesn’t often go well when it’s something society is already aware of. It was not a necessary addition to the popular culture lexicon of suicide.”

The show tells the story of teenager Hannah Baker’s disturbing suicide through audio tapes listened to by her classmate, Clay Jensen. Each tape details why Hannah blames specific people for her suicide.

“I don’t like the way they portrayed Hannah’s suicide as a revenge scheme,” Ryan said. “It diminishes the act of taking one’s life.”

“It’s a huge thing, it’s a tragic thing, and it makes it into a detective plot.”

Haley Thompson, a freshman who has struggled with past cases of mental health, agrees.

“Most cases of depression I’ve seen in movies or shows aren’t outright stated to be depression, but it’s implied. It’s a personal thing, so it’s hard to say what is wrong versus what is right,” Thompson said. “ What’s common is the misinterpretations of depression.”Our culture, today, often romanticizes mental illness.

“People online, and even in person, will flaunt depression, as if it’s the star of a parade. People show off self harm; they laugh and joke about being depressed,” said Thompson.

Throughout social media there are blogs dedicated to anorexic goals, pictures of sliced wrists, and songs describing thoughts of suicide.

“I’ve seen people use it to rank themselves in some sort of sick mental illness hierarchy: where the more messed up you are, the higher social rank you have in a group. It’s a gross, gross characteristic of depression, and it absolutely stifles the cries of people who actually have it, and need help.”

“It is nothing to flaunt and show around. It’s frustrating to see people treat it as if it’s a fad,” said Thompson

Ryan strongly believes that the issue of mental illness, anxiety, depression, and suicide have been blown up, and to some extent blown out of proportion, due to the media.

“There are people who associate mental illness with having a bad day,” Ryan said.When Thirteen Reasons Why was released, there were multiple people concerned about how the TV show glorified suicide, amist majorly positive reactions. The show even earned a 91% approval rating on Rotten Tomatoes.
People online, and even in person, will flaunt depression, as if it’s the star of a parade. People show off self harm; they laugh and joke about being depressed.
“Thirteen Reasons Why is controversial and it depends where you look, because like every show there are die hard fans,” said Ryan. “But I do think that even with its flaws, it sparked some interesting conversations about mental illness in popular media.”

“Hopefully, that will lead to some of the people, like me who didn’t like it, to create more positive and productive representations.”

Talking about mental illness in popular media is a sensitive subject. It’s controversial, and often treated as a joke. Recently, Youtube star, Logan Paul, has lost monetizations and respect, by posting a video that zooms in on a dead body– still hanging by the neck from a rope– in the infamous Suicide Forest in Japan. Throughout the video, Paul displayed a juvenile sense of humor, going so far as to break a law that forbade tourists from entering a specific part of the forest. This immaturity and disrespect makes it difficult for artists who desire to talk about serious topics such as this; instead, they’re labelled by an immature misstep resulting in most going quiet or getting an influx of hate for doing so.

Mental health is an important issue to Ryan. It led her to write Sleep No More, although she learned that artists need to be careful as to the ways they talk about these issues.

“It’s easy to cross the line from being informative to making suicide into something it’s not: whether it’s glorifying it or demonizing it. When in reality, it’s something we need to address intelligently,” said Ryan.

Where there is depression, art seems to follow. Thompson, who is training in aviation, is a talented pianist.

While Thompson’s experience with mental illness influenced her partaking in arts such as piano, writing, and drawing, she made sure to note that depression is not biased, and that it can and may happen to anyone.

Although, it is common with creators.

“Read biographies of influential artists. Most of them have struggled with depression and in a lot of ways that informs their art,” said Ryan. “It can give them a unique perspective on life. With emotion and love. I feel like those are some of the lasting ideals of it that are presented in art, because they are outside the norm.”

“I would like to think that through my character and my play I am presenting a unique perspective,” Ryan said.

Ryan’s screenplay is focused around a warrior, who struggles with a major depressive disorder. The warrior eventually drove to the ideal of suicide, but her course was interrupted by a well-spoken princess who reminds her of the resilience of the human spirit.

Within the play there are four scenes: three of them are opened by a poem that was written by the warrior about her mental health. 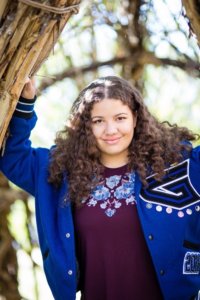 “I wanted that to be a representation of how the inside of a depressed person may feel like. I do admit that there are points where she does almost romanticize it by holding it as an ideal” said Ryan

Ryan, like the warrior dealt with her depression, in the past, through writing poetry.

“I sorta tiptoed myself around the issue, and made myself the victim,” said Ryan

The two contrasting viewpoints in the play can be made insensitive by the princess, but the goal was to make it correct, as opposed to avoiding the true issue. The play reflects some of Ryan’s experiences and current thoughts.

“I spent a long time in the mindset of the warrior, who is intelligent and spirited, but sunk too deep in her misery to truly see reality as it is,” she said.

This was an easy role for her to write, while the princess was a challenge.

“She is meant to be the inspiring antagonist to the Warrior’s suicidal thoughts,” she said.

In the last scene, the warrior is confronted in the bathroom, ready to commit suicide.

“I wanted the princess’s straightforward character to contrast the slippery metaphors and the poetry,” said Ryan.

Such as when the princess states; “‘If you’re doing this you’re letting them win.’”

“Writing the princess who was almost harsh about it, was informative to me because it’s a viewpoint not very many people take. That was a viewpoint that I didnt take for a while,” she said.

This inspiration came from Ryan’s mother and family.

“In the time I was depressed, and she [Ryan’s mom] was trying to be the voice of reason, it struck me as harsh, but now in hindsight that was probably the best way to deal with it,” said Ryan.

From Ryan and Thompson’s experiences, they can sympathize with people who are trapped in suicidal depression that feel powerless and victimized. Remembering that this is a serious mental illness, suicide becomes an ideal option in that mindset. At Thompson’s lowest points, suicide wasn’t always a consideration.

“It was rather something I had fallen back upon for escape and catharsis,” Thompson said.

While death had been a fear for her, it was a constant thought.

“I was the kind of person who would lay awake at night and fret about my heart stopping, or choking in my sleep as a kid, and I remember a time, when I was at a funeral for a family friend, and was physically sickened by the waxy, dead look of the corpse in the casket. It was in my head that, if I died, it would not be by my own hands.”

“However, when I did think about death or dying, it was always due to some sort of extreme stressor. It can range from a variety of things, from getting a wrong answer in class to absolute self loathing — it’s just an impulse, a sudden wish that somehow the earth would swallow me whole, or that maybe a bus would crash into the room, and I’d break my leg, but as I said earlier, it was not a serious consideration, but rather a serious escape,” said Thompson.

At the end of Ryan’s play, the warrior regains her power, by remembering how powerful her poetry is, and remembering there’s always a way to fight back the darkness in your life.

“I’d say the message I’m trying to get across is, you are not powerless, you’re not always the victim, and you can be the hero in your own story.  Which is why she is called the warrior,” Ryan said

From the Bottom to the Summit

Ryan, among a total of 153 students, submitted her play to the DCPA Regional High School  Playwriting Competition. She has been named among the three winners who will receive a staged reading in the 2018 Colorado New Play Summit next month. In April the winner will be announced and will have the opportunity to be presented as a fully staged performance.

“This response was enlightening to me, and I learned more about how to grapple with life by writing a character who has fought her demons and won,” said Ryan“Sleep No More was written, as an attempt to honor, but not glorify, that struggle.”