Time to Take Our Health Seriously 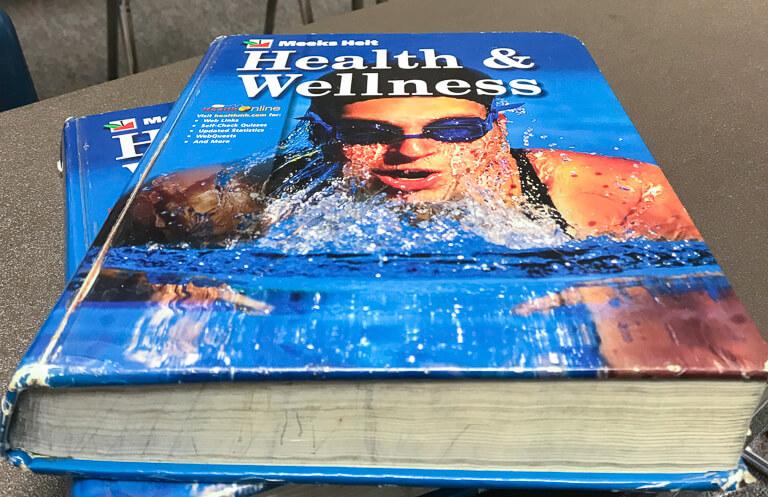 Forget all the 90’s videos you expected to watch in health this year.

“When I took health last year at Grandview, it felt like a waste of my time,” said Junior Sydne Weiderspan. “It’s basic knowledge and there’s not enough focus on actual health. The class puts more emphasis on things like peer pressure, hazing, and alcohol”.

Telling students “don’t have sex” or “don’t do drugs” is no longer a realistic curriculum, but that’s exactly what students are told in health classes every year. Luckily, Grandview has been making changes to the health curriculum in the past year.

“Just last year, we got rid of all of the movies that were older than 2006,” said health teacher, Todd “Kerch” McKercher.

Kerch also says that the health curriculum doesn’t vary from teacher to teacher. Every teacher is required to teach according to a specific set of guidelines, not based off of their personal beliefs.
Instead of telling kids, “don’t have sex”, “don’t do drugs”, etc. teachers should educate kids on the potential consequences of each of these and their effects on the body.
The Grandview Health Department follows the “abstinence” rule when it comes to educating students about sex, which is especially ridiculous when considering that statistics show 46 percent of all high school students have had sex. Telling students “don’t have sex” isn’t enough to get them to stop doing it. Instead, students should be taught a better understanding on different methods of protection and how to prevent getting pregnant, and your options if you are involved in a teen pregnancy.

The same issue is presented when it comes to talking to students about drug safety. While this is important, it needs to be addressed in a way other than simply telling kids “don’t do drugs.” There should be more emphasis on the actual effects of drugs on brain functions, not just how they can “ruin your life.”

The health classes at Grandview don’t spend enough time educating students on an efficient diet. Sure, they talk about MyPlate and getting the right amount of fruits and vegetables; but that’s not enough. Today there are a lot of problems faced with the foods we eat, and it’s important to educate students on it. One example of this would be GMOs. Watching Food Inc. isn’t enough to make kids truly understand the concept of GMOs and artificial foods. Educating kids on how certain foods directly impact their bodies would be more effective than just teaching kids how many servings of fruits and vegetables they need every day. For example, teaching students about gluten and the fact that cutting gluten out of their diet isn’t actually beneficial to their health (unless they have celiac) is something that should be taught instead.

Health classes address sensitive topics regarding mental health, but fail to tell students anything they haven’t heard before. It’s all the same rehearsed information students have heard since sixth grade. 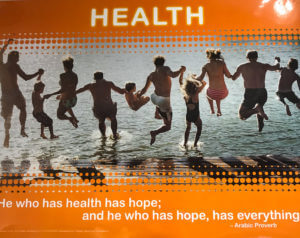 For example, when discussing the topic of depression and suicide, we all learn about identifying warning signs in others, but what we don’t talk about is social media’s impact on and direct links to depression and decreased self-confidence. Social media is something that is very prominent in today’s society, and it’s hard for people, namely high school students, to get away from it without feeling like they’re missing out on something.

Three quarters of mental health disorders begin before the age of 24, according to the National Alliance of Mental Illness. Therefore, you’d think there would be more discussion regarding mental illness and its causes, treatments, and so on. But there isn’t.

These issues make me question whether or not the semester of health needed to graduate is worth it at all. If students are hearing information that they’ve already heard before, it’s inevitable that it’s going to go in one ear and out the other. This class just becomes an “easy A”, allowing students a class period to zone out or check their phones.

In order to further modernize the teaching method, the health department should consider altering the curriculum by teaching things with a more practical approach. Instead of telling kids, “don’t have sex”, “don’t do drugs”, etc. teachers should educate kids on the potential consequences of each of these and their effects on the body.

If the health curriculum was altered to be more hands-on and not so biased, then it would be worth it for students to take health for a semester. However, if the curriculum doesn’t undergo any changes then it’s not worth the time it takes to sit in a class full of information they’ve heard a million times before. If Grandview is unwilling to make changes to the curriculum, the health classes at Grandview aren’t benefitting anyone.