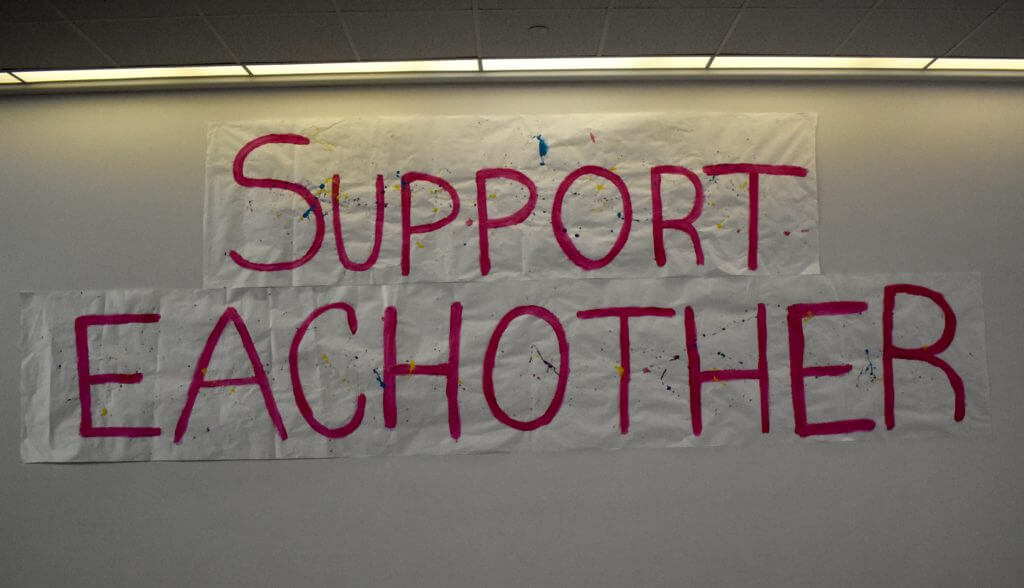 Inclusion week, a time to include and embrace everyone in Grandview High School, and see the school through the individuality of others.

Inclusion week has been an idea that has been thought of and planned over a long time.

Teacher Linda Snelgrove added, “This year leaders of the Project Unify Club, Savannah Rock…(and)Maddie Beaulieu, Inclusion Week Chairperson, felt it important to have an Inclusion Week for all students at Grandview bringing light to our motto, “We are all Wolves.”’

Savannah Rock, a senior said “I thought about the idea about 2 years ago because it was supposed to be for the ‘R word’ campaign, but this year we wanted it to be all inclusive throughout the whole school.”

The students in Grandview High School prepare for the big week and start by spreading the word throughout the school. Vice President and senior, Kylie Thompson has big plans to spread the word about inclusion week. 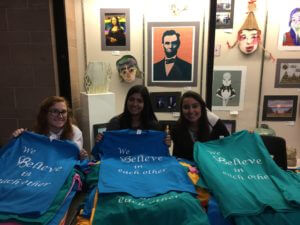 “I plan on reminding all my classmates and friends, sometimes obnoxiously, about all of the events and dress up days. There will be lots of reminders all over Twitter and on the announcements,” said Thompson.

Rock has also been helping to help inform students of inclusion week.

“I am really excited and a lot of people have been talking about it which has made me very happy. We have been having it all on social media, the Tv’s and announcements. We are also going into English classrooms and each kid will do a prompt which will get the message out about inclusion,” said Rock

Inclusion week will include a lot fun activities for everyone

“We are going to be selling t-shirt and trivia night tickets during lunches to get ready and spread the word. We did all of the events except for the musical. Trivia night is our major one, it’s our first trivia night to happen at Grandview. We hired a company to handle everything. The awards are (whoever wins the most spirited team for example) small little trophies,” Rock added.
The most important message of inclusion week is that one’s background, race, ethnicity, sexuality, gender identity, disability, or any other identifying factor does not and should not decide whether that person should be included and viewed the same as everyone else
Maddie Beaulieu, a senior talked about the fun events of inclusion week. “Everyone’s talking about and preparing for them[the events]. Teams are getting big [for trivia night].  For trivia night you go and dress up for your team. I think some teachers are making trivia teams. So the students can fight against the teachers, it’ll be like swish the wish but on trivia night,” Beaulieu said.

Trivia night will also help those in need. “Money will be donated to Hurricane Relief funds in Puerto Rico,” said Ms.Snelgrove

The big hype of inclusion week is to help spread it’s message to the students of Grandview.

“Inclusion [is the most important message]. Grandview has always been the leading school through inclusion, unified, and acceptance. And if this turns out to be really big, hopefully other schools will follow. And that’s what our main message is, to have everyone in the Cherry Creek School District including and to see the ables and not the labels.” Rock said.

“The most important message of inclusion week is that one’s background, race, ethnicity, sexuality, gender identity, disability, or any other identifying factor does not and should not decide whether that person should be included and viewed the same as everyone else,” Thompson said.

“Continuing to encourage acceptance and respect for all individuals will only help our school be more unified,” added Ms. Snelgrove.

Not only are students important for inclusion week but so are teachers.

“Teachers can and absolutely should get involved in the week. I think it will allow teachers to set a positive example for the students by being involved. We look to teachers as role models, and if they embody the message of inclusion week I think it will translate to the students,” Thompson said. “I believe teachers will most like the significance of the week. I think, or rather, really, really hope, that teachers will dress up and encourage students to do the same.”

To further the message of inclusion week, the Chain of Kindness was thought of.

“The Chain of Kindness is a long chain of papers with kind words written on them,” Thompson said.

“We are going to connect it throughout the hallway. We used to do it in project unified meetings, so I brought it up because I thought it was pretty and thought people would enjoy participating. You can see it’s not about judging but accepting,” said Rock.

Through fun activities for the whole school, students will learn how to embrace differences and implement inclusion throughout the whole year, not just one week.