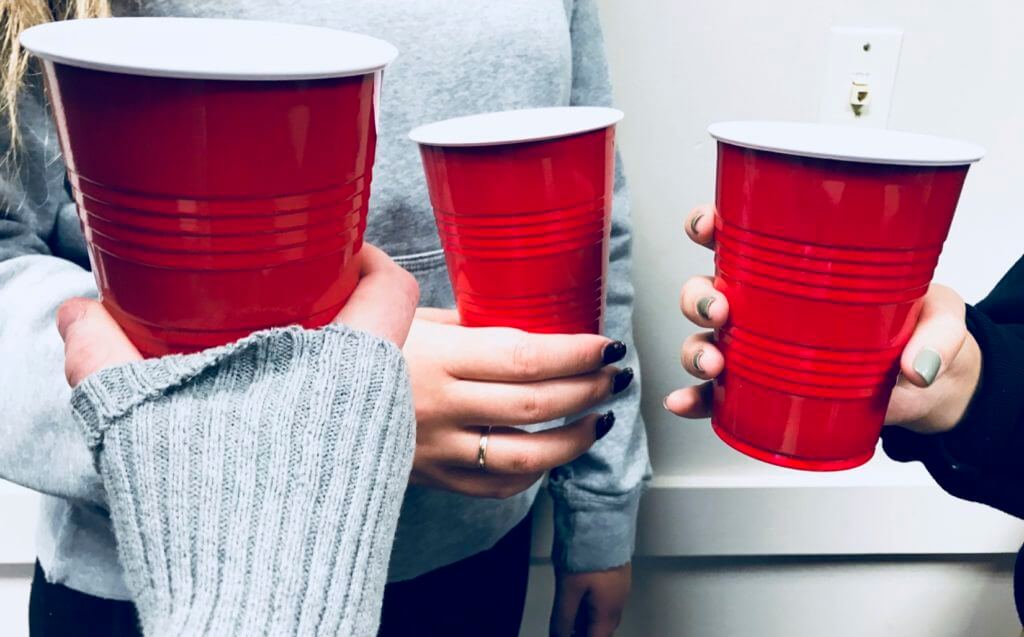 “It’d have to be a pretty big deal to get you to mainline tequila. You don’t seem like the type.  I thought you were above all that” notes Patrick Verona in 10 things I Hate About You.

Movies, TV shows, and celebrities undoubtedly glamorize underage drinking. Notably, in Mean Girls, Cady decides to fit in with the Plastics at her school by throwing a party– and consuming copious amounts of alcohol. She lost her friends by the end the night due to her desire to fit in. Having a small kick back with close friends and cracking open a cold one with the boys is nowhere near how teens today normalized the extremities of drinking. The “wild night” mentality these teens have is only damaging their health, and ultimately their performance in school and in life.

Today’s teens feel the need to share this “fun” time on Snapchat or Finstas (fake instagrams), but it’s neither smart nor safe. The fantasy these kids have that consuming an abundance amounts of alcohol is the only way to have fun at a party is a dangerous mentality to maintain, especially during the delicate transition between from teenager to young adult.

The seminars about alcohol and drugs that students tend to appreciate as a reason to skip class don’t hold much merit. For example, despite attending these seminars, I never learned much about the topic other than “Drinking is Bad, it leads to addiction, so don’t do it”. Most importantly, underage drinking can result in a Minor in Possession (MIP) which is added to your transcript and ultimately damages your chances of getting into college and eventually a career. However, the school, parents, and student body of the Grandview community need to be realistic here: instructing teenagers not to drink is no longer a sufficient strategy.

Of course, the school and parents seem to be missing the picture of drinking at parties. The idea of alcohol affecting school performance is ignored in lieu of emphasis on the health risks. Sure, maybe one can be a massive drinker and still maintain their GPA, but these seminar speakers and GHS staff as a whole need to modernize the approach to connect to our generation. A student already knows that alcohol can damage a teenager’s brain growth, but continue to drink.

This concept was discussed with several Grandview students who, for their anonymity, will be referred to as students A, B, and C. Student A is someone that used to drink and party frequently but stopped, B is someone who doesn’t drink or party, and student C is someone who drinks and parties moderately.

Student A believes drinking and partying is an excuse to show off on social media and prove that they are doing something awesome that others should envy.

“I used to drink when I went to parties, but I ultimately handled the situation by just not going to parties anymore. They [Students] drink because they aren’t strong enough. They will learn the temptations on their own because life presents many more temptations that were just drinking and fixing just one temptation, which only solves one piece of the puzzle,” said student A.

Temptations like this range from something  as seemingly insignificant as cheating, theft, and drug abuse. No good could come from normalizing the drinking problems students use as a coping mechanism or as a way to have fun. Experts at Harvard School of Public Health researched the high risks of drinking:

“ It can cause inflammation of the liver (alcoholic hepatitis) and lead to scarring of the liver (cirrhosis), a potentially fatal disease. Heavy drinking can increase blood pressure and damage heart muscle (cardiomyopathy). It has also been linked with several cancers.”

Not only is drinking damaging to your health but will only harm young adults in the future. The dependence on alcohol at a young age will only increase a young adults visit for mental or health specialists in years to come. Of course, when going off to college, the parties seem endless, and the appeal to drinking is spiked. Maybe the reason why so many Americans, especially college students, seem to struggle with the abuse of alcohol is that lack of information or interest in the potential damages.

Of course, it is not solely the school’s responsibility to deter students from drinking. Parents and other influential adults have a lot of power when it comes to raising children.

Student A’s  parents knew their child was drinking, but didn’t implement any type of discipline. “They taught me it was wrong, but this didn’t affect me much because I knew it was wrong myself.” said Student A.

“My parents have an inkling that I drink, but they know that I’m responsible and they trust me.  I think just talking about it would decrease the drinking at a young age. And if maybe videos are shown in health classes of how people are wasted they can’t function would scare away kids from drinking too.” said Student C.

As for Student B, they have gone to parties with friends who were drinking, but notes that if their parents ever found out, they wouldn’t be happy. Nor would a lot of parents if they saw some of their children’s Snapchat stories.

Students A, B, and C — despite coming from different backgrounds and lifestyles– could all agree the seminars from the beginning of the year at Grandview are outdated and inefficient.

The students also agreed that the appeal of drinking is mainly about social media presence and wanting to forget about the things stressing you out in life and just feel euphoric for one night.

“I think the amount of stress that students are under becomes a motivator for kids to get drunk and let go of everything for a short amount of time.” said Student C

Student A and C both agreed that having an awareness of the effects of alcohol and being open about the conversation of partying and drinking will aid others from turning away a drink.

“I’ve never felt pressured to ‘outdrink’ someone. No one, in my experience, pressures anyone else to do anything. People offer others drinks, it’s up to the person to take them or not. It’s not a big deal at all if you don’t. There have been times when friends drank too much, and I had to take care of them, and that just serves as a reminder to not drink that much.” said student C.

Student A added that the more knowledge about what alcohol can do to the body and how it can destroy the underdeveloped brain will help people understand the effects of underage drinking more– leading to the success of not allowing peer pressure get the best of a student.

However, the school has not been doing all it can for the students in this respect. The counselors here maintain that students are ultimately in charge of their own actions and decisions.

“The behavior these kids are getting into is not healthy, when we come together, the goal is that the student betters their own life. My job is to create insight and help the student achieve that. These kids just need to be recalculated when they fall off and help them come back,” said Mr. Seely. He also agrees that the school should put more emphasis facts more than opinions of adults in order to get through to the students.

“I worry about if this is how they behave– if participating in this– is it social pressure? Is it self-medicating to alleviate depression or anxiety? I am concerned about the individual user. The conversation of don’t do drugs or drink because it is bad, goes nowhere,” said Seely.

Overall, it is up to the student to make their decisions. Seniors, when going off to college, trade school, or the work force, make choices that are reasonable and mature. Make those supporting your choices proud. However, students who continue going to parties and being the reckless and rebellious teen, there will always be health or legal consequences but at the end of the day, staying together is what matters, despite how mushy it sounds. Take care of each other, and most importantly: take care of yourself.