Drown Without a Frown 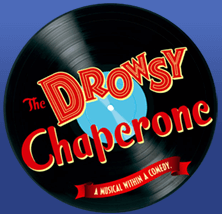 Having a lead role demands more from an actor.

“I memorize [more] lines and more music,” Mary Drown, senior and lead actress, said. “It can be a little intimidating because you have your moment[s] on stage, alone.”

Drown knows having a lead role requires more effort, but it’s worth it all in the end because it’s about what she loves doing.

“It feels good to get a lead role because you know that you have the talent for it, but also it feels like your work paid off and like you’ve been rewarded,” Drown said.

All of her efforts were not in vain, and brought her the satisfying sensation of true achievement.

Drown most enjoys the energy that comes with the play- lively and energetic. Everyone loves being apart of the play, including herself.

“It’s a very high energy play,” Drown said. She comments that the cast has a lot of talent and works well together.

Director Brianna Lindahl explains that each role has a certain vocal range, people need to match these vocals. Performance of their audition also plays a key factor in role determination. 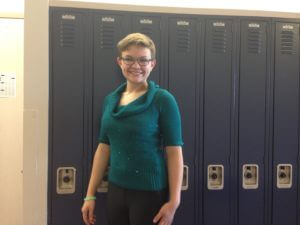 “Mary was able to portray a mature older women very well,” Lindahl said. “This is why Drown got the part for ‘the Drowsy Chaperone’.

Actors who receive lead roles sometimes feel guilty for getting them over others; Drown explains that they shouldn’t. Everyone has a vital role on the team and it’s director’s decision who gets what part.

“In the past, I’ve had disappointing experiences,” Drown said. “It always ends up well and everyone knows that it will.”

Drown is preparing for the play by going to more rehearsals, and the whole cast has been preparing since September. All are eager for the big show.

“People would think of it as more of a light hearted show. There’s a lot of stuff going on in the world- people could always use a laugh,” senior and lead actor Erik Peterson said.