Someone's long awaited dream came true in February all thanks to Grandview. Stephen “Hawk”, Grandview’s 2019 Wish Week kid, can now go on a Disney cruise after Grandview raised over $30,000 for his wish.

“Wish Week” is a time where we all get together and help those in tough situations by doing something nice/special for them. For example, donating money to help kids get through hard times with their fight with cancer, is a big part of Grandview’s “Wish Week”. 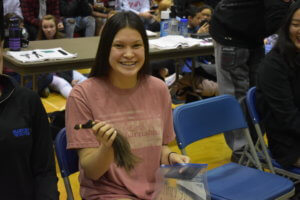 Donating hair is also a tradition Grandview has taken on, where students have eight inches or more of their hair cut off at the assembly that takes place at the end of the week.

Senior Brinna Day decided to donate her hair at the 2019 assembly.

“I tried it when I was a sophomore just cause I wanted to see what it was like and then this year, I think, I’m just doing it again because I enjoyed it and there are some people who don’t have the opportunity to grow long hair. Since I do and don’t need it to be this long, I can share,” said Day. “I think I’m going to do eight or nine inches. So probably about the shoulder and neck length.”

Sophomore Reannah Padilla, also wanted to donate her hair to help others.

“I don’t know I was just thinking about it, and since I have a lot of hair and I am able to donate it, I thought why not just donate it,” said Padilla. “I was going to last year, but I didn’t end up doing it.” 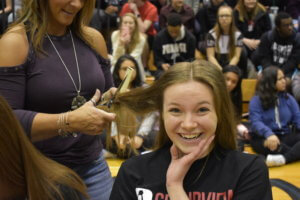 Many of these girls aim to donate their hair again in the future.

“Maybe, if it grows back! Next year I might do it again,” said Padilla.

Donating, these students have changed their mindsets about their hair; students aren’t as worried about what happens to their hair.

“It made me less material about my hair because I've always had long hair my whole life, and when I decided to cut it my freshmen year, it was super cool because it was just giving something to other people who couldn’t necessarily grow their own. It improved me a lot as a person,” said Brown.

Mandrell is less anxious about her hair now. 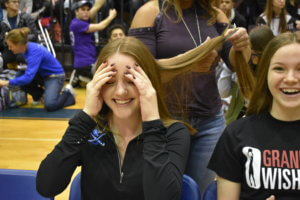 “I’ve always kind of wanted to do it. I just couldn’t get myself to cut it just because I've always had like really long hair and it’s just been like a kind of like a part of my life. It’s just hair; it will grow back,” said Mandrell.

Ever since Day came to Grandview, she has noticed what activities lie around her.

“Since coming to Grandview, I wasn’t ever really involved in anything like this. It’s opened my eyes to reality. Especially with the past couple Wish Week kids. They are so young and so strong, it’s inspiring,” said Day.

Everyone learns something from donating: for example, the uncertainty it takes to donate your own hair.

“The service is pretty cool cause I think everyone grows from it,” said Brown. “Not only the people who are getting the service, but giving the service and like donating money and donating hair and donating anything you can to help make someone’s life better doesn't compare to anything else.”

Day is impressed by how huge Grandview’s assemblies are in honoring Wish Week kids.

“I think for assemblies it’s interesting for all of the school to be in one place at once. Especially, if we all are coming together to support Hawk or some other thing,” said Day. “Like assembly is for exit, or assembly is for like winning state basketball or something. It’s always so cool because everybody is there to support everyone.”

Furthermore, they urge other people to join in next year.

“I encourage other people to do it because it’s for a great cause and little kids need it more than I do,” said Mandrell.

“Yeah, definitely! I did it when I was a sophomore and I really enjoyed it. It was really cool because there were so many girls that were doing it and it was just kind of like a bonding exercise for all of us because you are all doing something that’s kinda risky, but is worth it,” said Day. “It’s for a good cause. And, if you need a haircut anyway, there’s no excuse to not do it.”

You should consider joining in on these types of activities, even if you’re nervous. 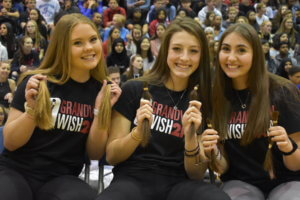 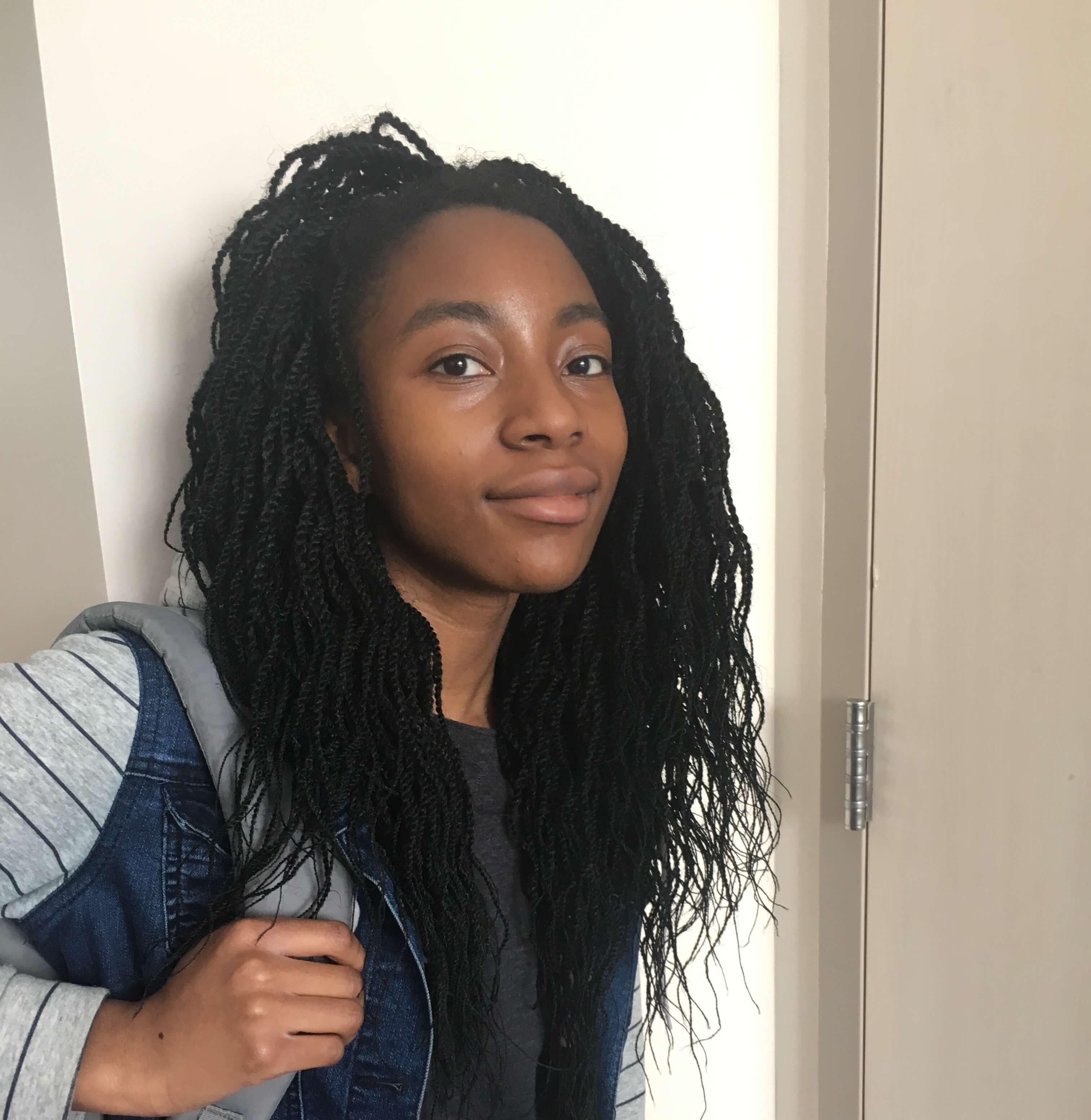 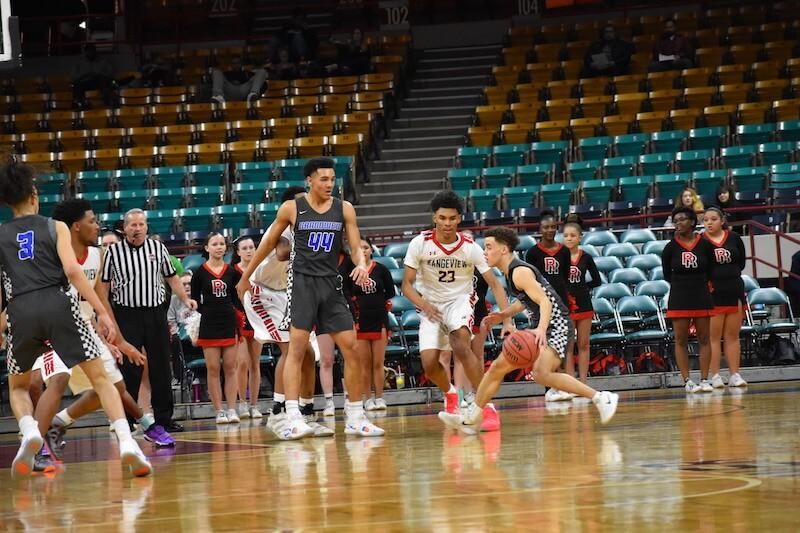