A 100% serious and real article about Tide Pods, also known as “the forbidden fruit” becoming the only snack you should invest in during the cold winter months.

Colorado’s weather of late has been unpredictable to say the least. The snowfalls and strong winds have blessed the Grandview community with their first delayed start of the 2017-2018 school year.

There was a time in our history when such adverse weather conditions would spell trouble for the community, requiring strict rations on provisions and a meager amount of product on the shelves of grocery stores.

However, we are fortunate enough to live during a time where resources are not scarce. Global hunger is at an all time low, a barely noticeable 12.9 percent. This is largely thanks to the small food masterpieces such as the innovative DiGiorno pan pizza that doesn’t even need to be delivered.

While there have recently been several good competitors for the delicious Tide Pod (for example, the Clorox Blue Automatic Toilet Bowl Cleaner that conveniently changes the water in the bowl into the cobalt blessing of the gods), there is yet to be as successful a snack creation as revolutionary as the newly revived trend of eating Tide Pods. I say revived because this nutritional luxury has been around for more than any of you reading this have even roamed this earth.

Tide Pods have been a forbidden delicacy since biblical times, as I’m sure you recall Eve having to leave the Garden of Eden for indulging in the forbidden fruit.

However, there was no way Eve remained upset for long, as the appeal of Tide Pods were more tempting than remaining in God’s garden.

Already chefs like Gordon Ramsay have decided on the superior culinary appeal of these little squishy bleach nuggets, and large companies such as Hot Pockets have begun adapting the soapy goodness of Tide into their products, making them infinitely better.

The Grandview cafeteria is rumored to already be in the early stages of adding Tide Pods to the salad bar, allowing them to become a succulent addition to any balanced MyPlate meal. No word yet on whether or not these treats will be offered as parfait toppings during breakfast hours.

“My favorite part of the Tide Pod is the convenience,” said Irene Paroddi, after pulling a handful out of her backpack.

“They’re like the Gushers I bought as a kid, but way better. The blue raspberry and orange mix of flavors is amazing, and they're so convenient to travel with,” she added, another few pods falling out of her pockets.

In this respect, Paroddi is correct. Rivals for the Tide Pod unfortunately lost out on this gap in the market. For example, the sugar free cotton candy substitute; the pink wall insulation, is organically grown within the walls of your home; but is very labor intensive to harvest.

Because large snack producers like Hostess and Lays cannot handle this newly found competition, there have been uproars from both companies CEO’s, calling for Tide to discontinue the production of this ravishing refreshment. There is currently a wrestling match set up between Tide CEO, David S. Taylor and his Hostess counterpart Gregory F Rayburn to determine the ultimate snack overlord.

The stakes are high: The losing company has to remove their products from the shelves, and also from their laundry rooms.

For this reason, it is imminent that regardless of the winner, we as American citizens need to find a new official finger food, and I suggest we jump ship to the true dark horse: Packing Peanuts.

Hear me out, ladies: flavorless Cheetos. Think of the freedom. The perfect movie time snack, Packing Peanuts are not only misnomers (they are peanut allergy friendly!), but the lack of that annoying cheesy flavor lends itself to so many possibilities! You can add packing peanuts to your soups and salads as a textural element,  crumble them up and rim your cocktails with them, or even season them with whatever sauces and spices you want to make personalized flavors: an impossible opportunity with previous snack fads.

As a great marketing technique, Packing Peanuts are including free samples in random online delivery orders, ensuring that people of all ages and demographics can enjoy their forbidden crunch. Incredibly inexpensive, the market success of Packing Peanuts would be the first step to help eradicate world hunger entirely.

Perhaps the best part of this amazing gift to mankind is that Packing Peanuts are low calorie and gluten free, which is a true benefit to everyone -- even though there is no proven health benefit to this diet for people without Celiac Disease.

Let us all join together in the quest for nutritional paradise**.

**In case it wasn’t completely obvious, this article is entirely satirical. All advice to eat toxic products and the respective “sources” are entirely ironic and fictional. Please don’t eat any of these items, except maybe DiGiorno pizza. 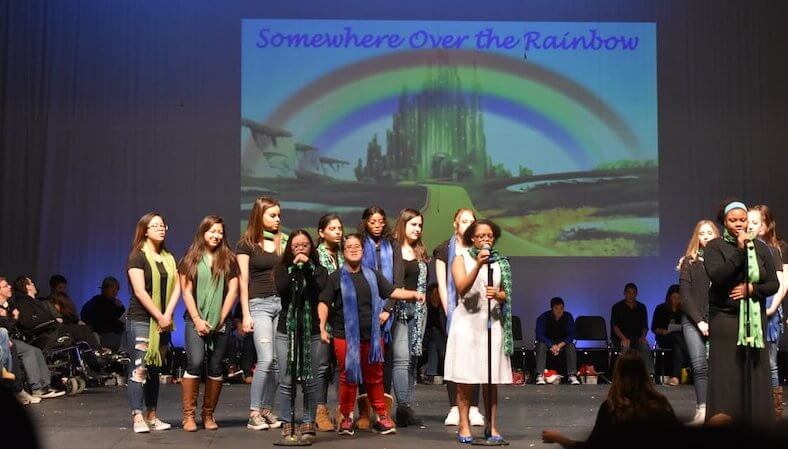 Joy To The Wolves